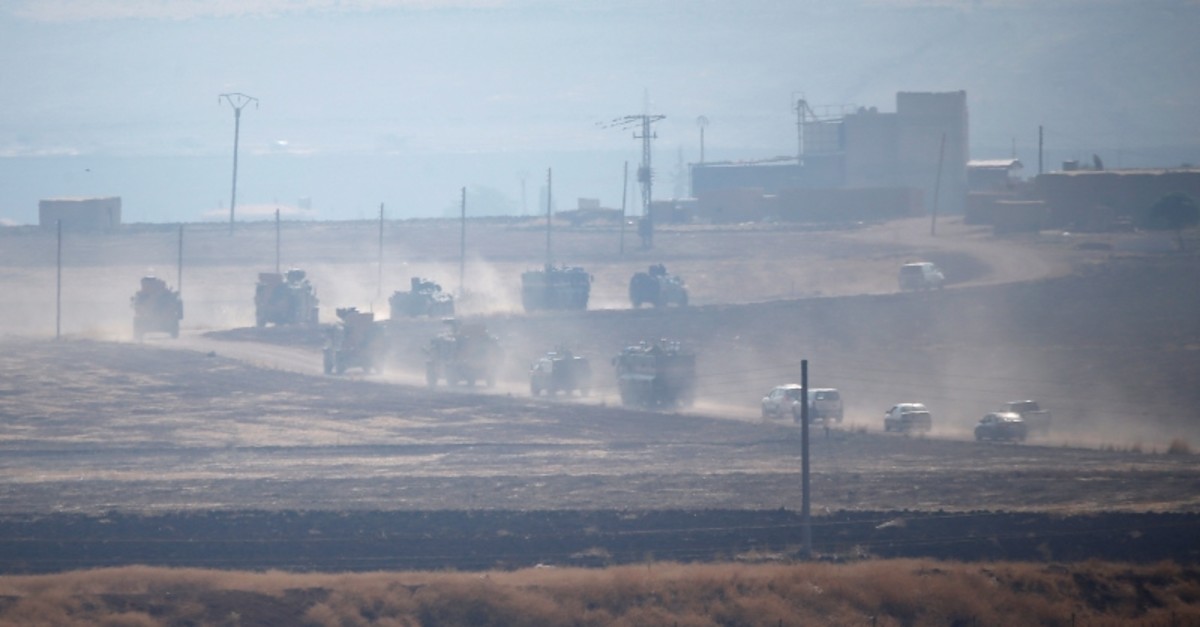 Turkish and Russian military vehicles are seen during a joint patrol in northeast Syria, Nov. 1, 2019. (Reuters Photo)
by Daily Sabah Nov 01, 2019 11:40 am
Turkish and Russian militaries Friday began their joint patrols in northern Syria.
Ankara and Moscow agreed to conduct the joint patrols during high-level talks between President Recep Tayyip Erdoğan and Russian President Vladimir Putin in Sochi on Oct. 22.
The two countries reached a deal under which the PKK-affiliated People’s Protection Units (YPG) terrorists will pull back 30 kilometers (18 miles) south of Turkey's border with northern Syria within 150 hours.
The patrols will be conducted in an area 10 kilometers into Syrian territory.
Chief of Staff Gen. Yaşar Güler and his Russian counterpart Valery Gerasimov discussed the latest developments in Syria in a phone call earlier Friday.
Erdoğan and Putin reached the deal amid a U.S.-brokered pause in a Turkish anti-terror military operation in Syria.
The operatğon in question, Operation Peace Spring, was launched on Oct. 9 as the third in a series of Turkish cross-border anti-terror operations in northern Syria targeting terrorists affiliated with Daesh and the PKK's Syrian offshoot the YPG.
The operation aims to drive Daesh, and YPG terrorists away from Turkey's southeastern border with Syria and establish a terror-free safe zone for the repatriation of Syrian refugees.
Last Update: Dec 20, 2019 1:22 am
RELATED TOPICS