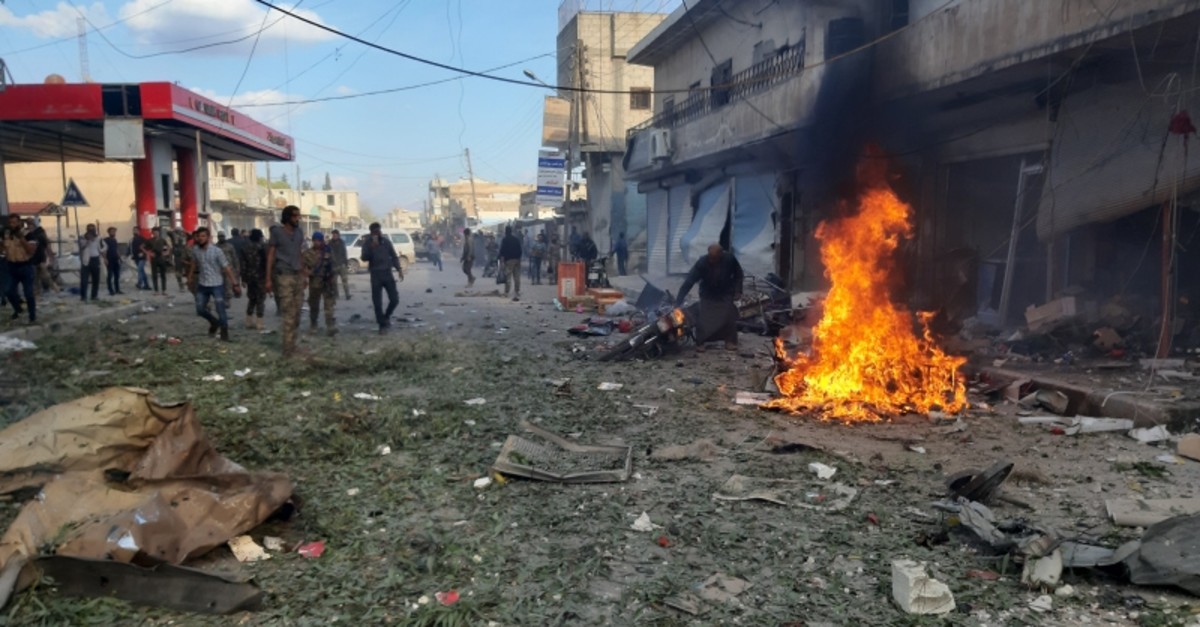 At least 13 civilians were killed, 20 others were injured in a People's Protection Units (YPG) terror attack on a market in Syria's Tal Abyad, Turkish defense ministry said Saturday.

A bomb-laden vehicle exploded near the marketplace located in Tal Abyad's city center in the afternoon.

Residents of Şanlıurfa's Akçakale, which is located right across the Syrian city, heard the explosion, reports said.

Emergency teams from Turkey's Akçakale were immediately dispatched to the scene of the incident to treat the civilians, who were transported to Akçakale Hospital to receive treatment.

"We strongly condemn the inhumane attack of the bloody PKK/YPG terrorists who carried out a bomb attack against the innocent civilians of Tal Abyad who could return to their homes and lands as a result of the Operation Peace Spring and we call on all countries to take a stand against this brutal terror group," the National Defense Ministry said in a written statement.

"The attack targeting innocent civilians in Tal Abyad should serve as a lesson to those who provide shelter to the YPG terrorist organization and justify its actions," Çavuşoğlu said on Twitter.

He added the "heinous attack" proves that Turkey's anti-terror operation in Syria is right and timely.

Turkey's Presidential Spokesman Iİbrahim Kalın decried the attack and said on Twitter: "This shows once again the true face of this terrorist organization.

"Turkey will continue to fight against terrorism in all of its forms and shapes."