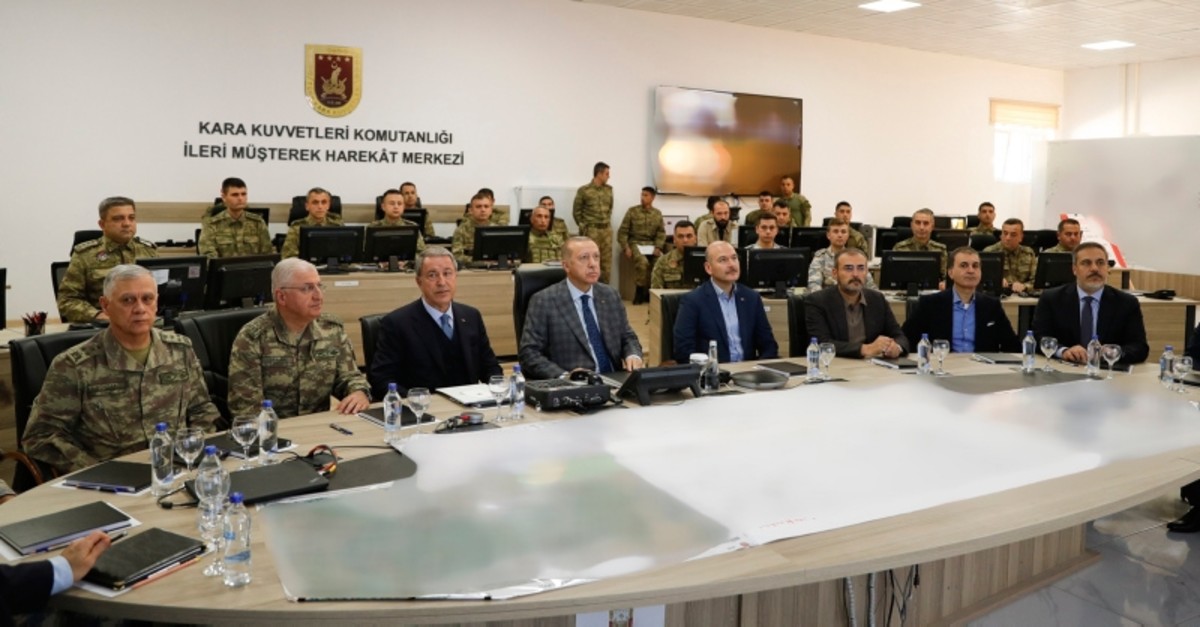 During his visit Erdoğan received information on the latest developments in Operation Peace Spring.

The operation, conducted in line with the country’s right to self-defense borne out of international law and U.N. Security Council resolutions, aims to establish a terror-free safe zone, east of the Euphrates River, where Syrians can return to in safety.