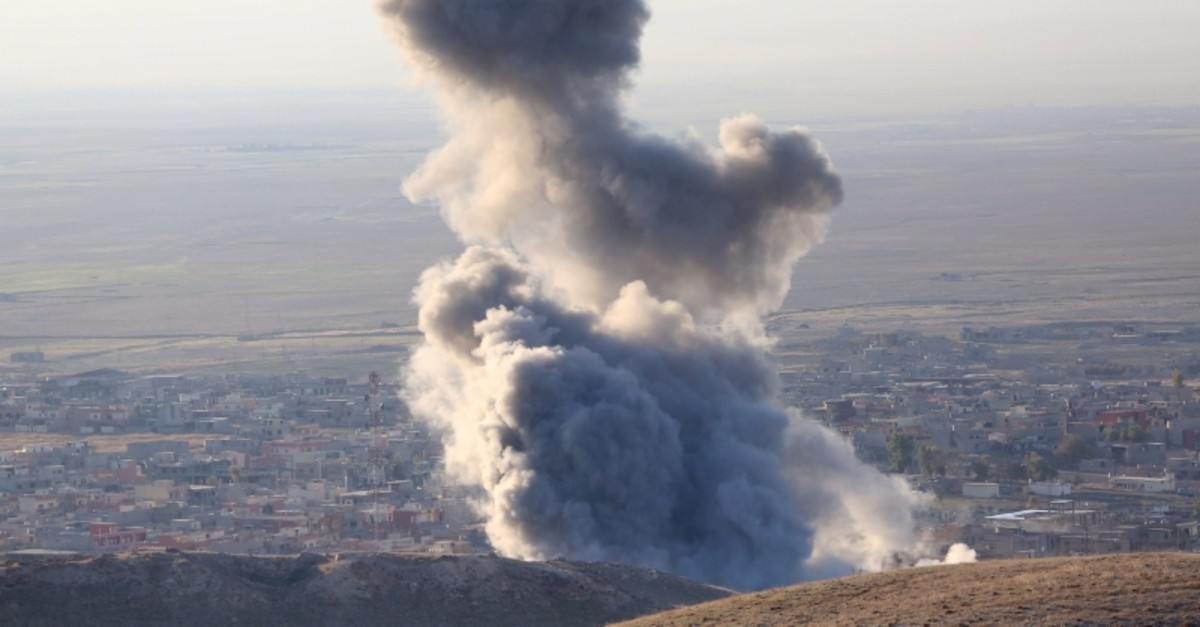 |u00a0File Photo
by Daily Sabah Nov 04, 2019 9:13 am
A wanted senior PKK terrorist was killed in a Turkish anti-terror operation in northern Iraq, reports said Monday.
Terrorist Müsluh Ike, who was allegedly a senior figure in charge of the terrorist group’s activities in Metina region was killed in the operation conducted in cooperation with the Turkish military and the National Intelligence Organization.
Ike was on the red category of the wanted list, reports said.
The Interior Ministry categorizes wanted terrorists into different colors –red, blue, green, and gray– depending on their level of threat for the country.
The PKK — listed as a terrorist organization by Turkey, the U.S. and the European Union — has waged a terror campaign against Turkey for more than 30 years, resulting in the deaths of nearly 40,000 people, including women, children and infants.
Last Update: Dec 20, 2019 1:25 am
RELATED TOPICS