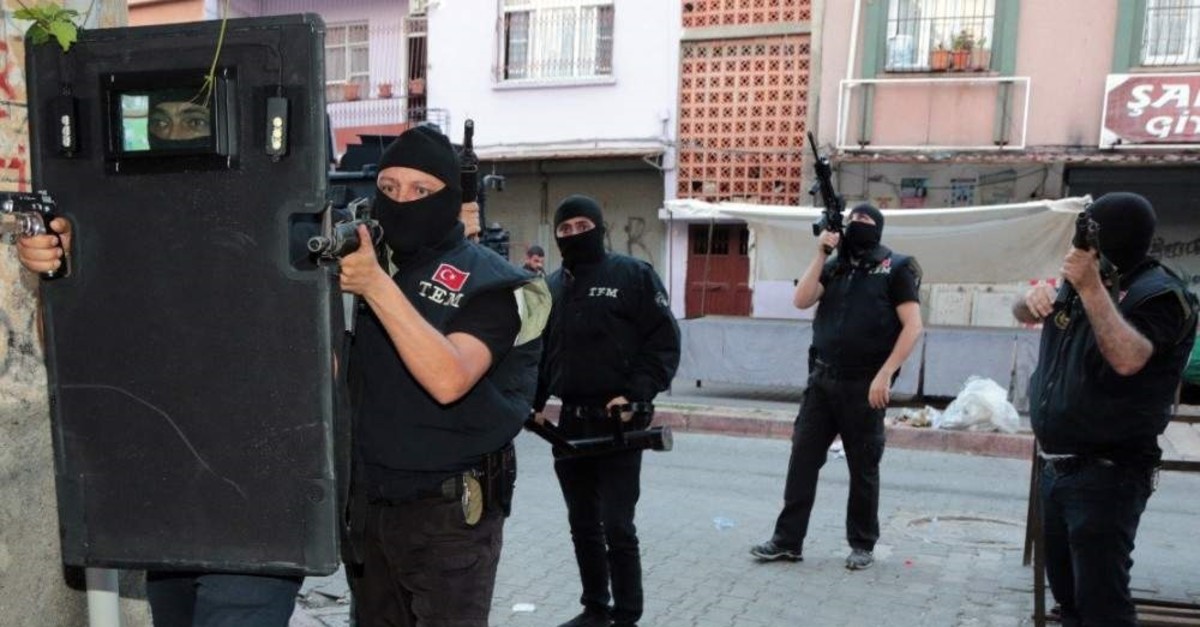 | Sabah File Photo
by Daily Sabah Nov 05, 2019 12:01 pm
Turkish security forces arrested five Daesh terrorists, including two senior figures, reports claimed Tuesday.
On Oct. 29, Turkish consultant police in Syria’s Azaz detained Hayrullah Fethi, who designed bomb set-ups for the terrorist group. He was arrested after appearing in court on Tuesday, reports said.
Police in the western province of Denizli detained Syrian national D.E.H, who was the group’s intelligence chief in charge of operations in the Syrian province of Hasakah before illegally entering Turkey. The terrorist was arrested following his appearance in court.
Meanwhile, police in Ankara charged three of the six suspects detained as part of an anti-terror operation in the Turkish capital. Police raiding the suspects’ homes reportedly found cables, remote controls and other materials used in the production of explosives, with traces of trinitrotoluene found on at least one suspect.
Turkish security forces have been involved in a long-running campaign to rid Turkey of Daesh terrorists. The terrorist group has been blamed for a string of terror attacks in Turkey that killed dozens of people over the past three years in Istanbul and Ankara, as well as cities in the southeast.
More than 300 people lost their lives in Turkey in attacks claimed by Daesh. The terror organization has targeted civilians with suicide bombs, rockets and guns in recent years.
According to official figures, some 2,000 people have been arrested and 7,000 others deported in operations against Daesh in Turkey, while around 70,000 people have been denied entry to Turkey for their suspected links to the terrorist group.
Security forces have also foiled at least 10 terror plots. Interior Ministry figures show that some 18,500 suspects are currently being monitored for links to the terrorist group after being identified at airports upon arrival.
Last Update: Dec 20, 2019 1:27 am
RELATED TOPICS