Turkey, Russia conduct 2nd round of joint patrols in Syria 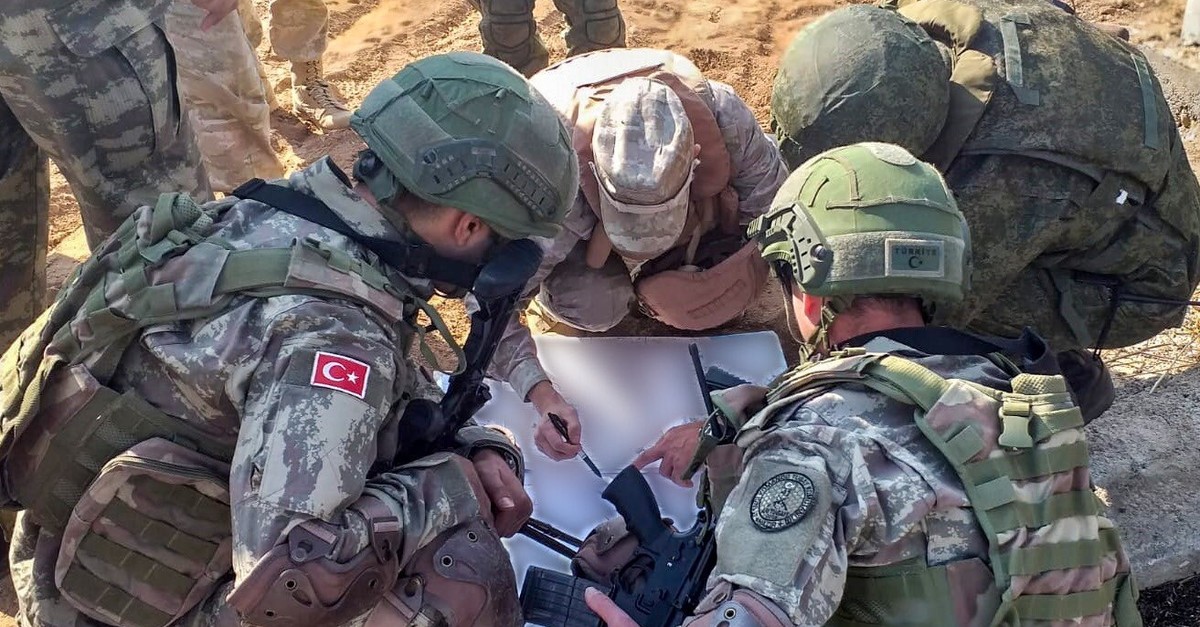 Turkish and Russian militaries on Tuesday conducted the second round of joint patrols in northern Syria.

The patrols took place in the area near the town of Ayn al-Arab (Kobani) and lasted two hours.

According to Turkey's National Defense Ministry, Turkish and Russian military elements and unmanned aerial vehicles (UAVs) participated in the patrol.

Turkey and Russia were conducting the patrol on a new 160-km route starting from Ayn al-Arab, Russian Defense Ministry said.

Within the framework of the agreement reached with the Russian Federation in Sochi on October 22, 2019; the second joint land patrol began with the participation of Turkish and Russian military elements and UAVs in the Ayn al Arab region to the east of the Euphrates.#MSB #TSK pic.twitter.com/2UUZaDV6G3

The two countries reached a deal under which the PKK-affiliated People's Protection Units (YPG) terrorists will pull back 30 kilometers (18 miles) south of Turkey's border with northern Syria within 150 hours.

The patrols are scheduled be conducted in an area 10 kilometers into Syrian territory.