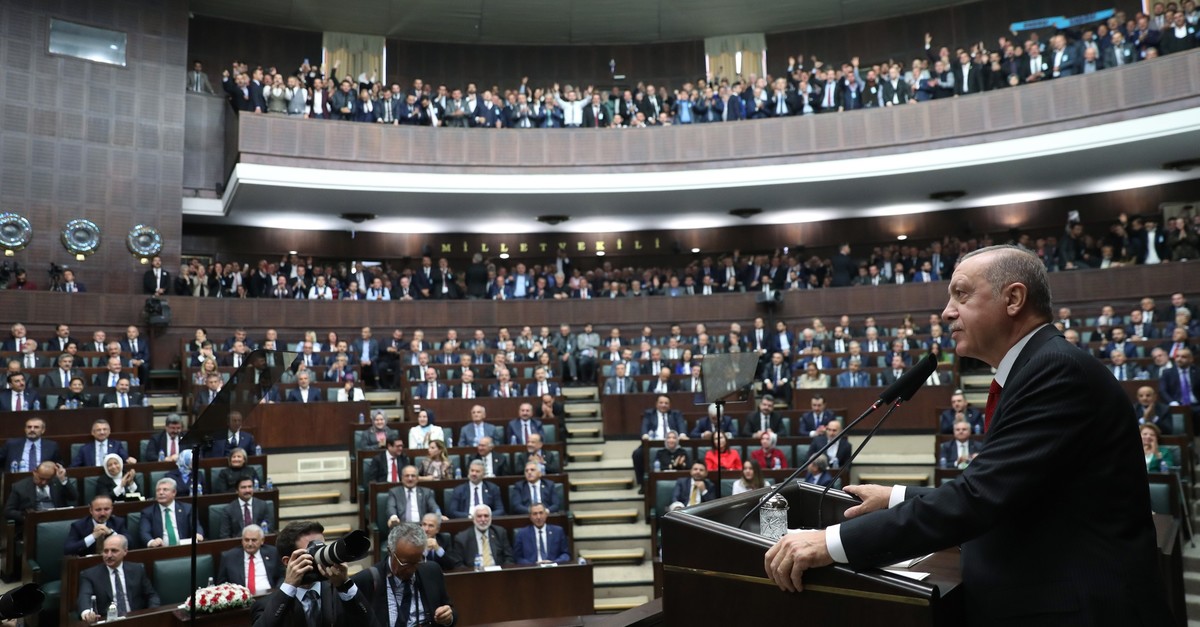 There are still terrorists inside the borders of the safe zone in northern Syria specified in the agreements with Russia and the U.S., President Recep Tayyip Erdoğan said Tuesday, as he slammed Western powers for failing to support Turkey's anti-terror fight.

"Just this morning we lost a soldier trying to clear improvised explosive devices in Ras al-Ayn," Erdoğan told a parliamentary group meeting of the ruling Justice and Development Party (AK Party). He continued by saying that the West never opposed terrorist attacks targeting Turkey, including those committed by the Armenian terrorist organization ASALA in Turkey's missions abroad, resulting in the deaths of tens of Turkish diplomats.

The president criticized the U.S. for refusing to extradite Gülenist Terror Group (FETÖ) leader Fetullah Gülen, who lives in a large compound in Pennsylvania.

"FETÖ leader Fetullah Gülen is as important for Turkey as Daesh leader al-Baghdadi was for the U.S.," Erdoğan said.

He also criticized the U.S. for being insincere regarding anti-terror efforts.

"We have been subjected to a hidden embargo for fighting against terrorists," Erdoğan said, referring to some western countries' refusal to sell weapons and other devices.

Meanwhile, the president said that he will announce his decision on his Nov. 13 official visit to Washington after a phone call with U.S. President Donald Trump.

Erdoğan was scheduled to visit the U.S. on Nov. 13 but the recent resolution passed by the House of Representatives recognizing 1915 events as "genocide" made him reconsider his plans.