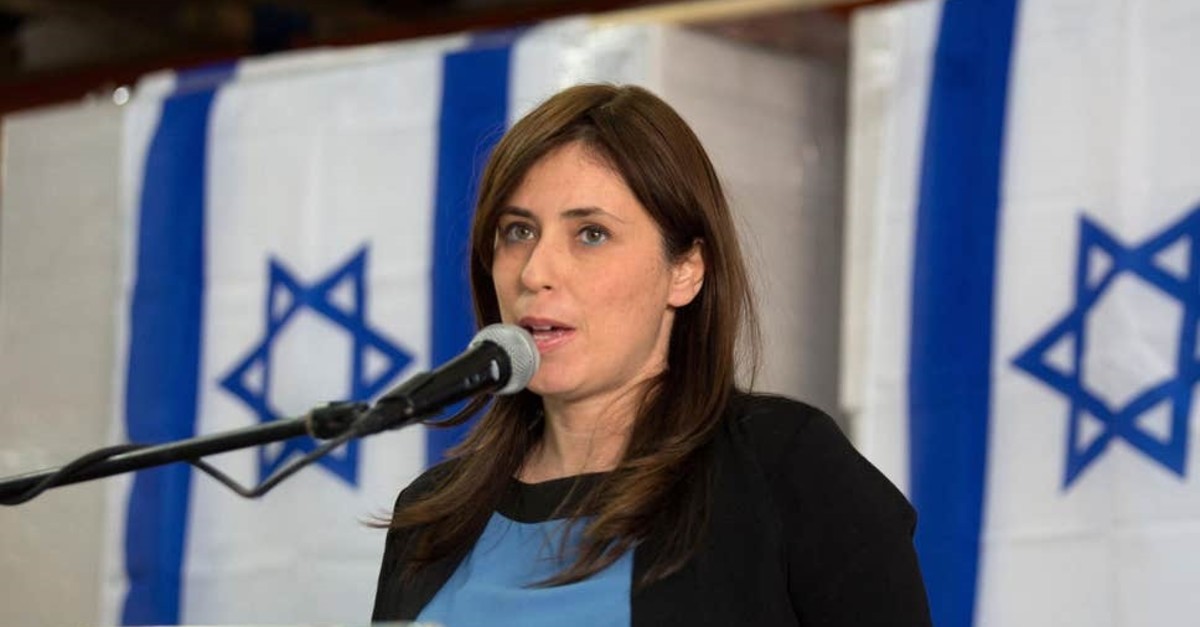 Israel is assisting the PKK's Syrian wing People's Protection Units (YPG) terrorists battered by a month-old Turkish anti-terror operation, seeing them as a counterweight to Iranian influence and advocating for them in talks with the United States, the deputy Israeli foreign minister said on Wednesday.

Tzipi Hotovely, Israel's deputy foreign minister, told parliament on Wednesday that the offer had been taken up. "Israel has received many requests for assistance, mainly in the diplomatic and humanitarian realm," she said. "We identify with the deep distress of the Kurds, and we are assisting them through a range of channels."

Reuters said in a wire late Wednesday that they could not immediately reach the terrorists for comment.

Hotovely did not elaborate on the Israeli assistance other than to say that during "dialogue with the Americans...we state our truth regarding the Kurds...and we are proud of our taking a stand alongside the Kurdish people."

Israel has maintained discreet military, intelligence and business ties with the Kurds since the 1960s, regarding the minority ethnic group, whose indigenous population is split between Iraq, Turkey, Syria and Iran, as a "buffer against shared adversaries."

Chief among those today are Iranian-sponsored forces deploying close to Israel's borders, including within Syria.

"Israel indeed has a salient interest in preserving the strength of the Kurds and the additional minorities in the north Syria area as moderate and pro-Western elements," Hotovely said.

"The possible collapse of the Kurdish hold in north Syria is a negative and dangerous scenario as far as Israel is concerned. It is absolutely clear that such an event would bring about a bolstering of negative elements in the area, headed by Iran."

In a rare public disagreement with U.S. President Donald Trump, after he struck the deal with Turkey, Israeli Prime Minister Benjamin Netanyahu offered humanitarian aid to the "gallant Kurdish people" on Oct. 10, saying they faced possible "ethnic cleansing" by Turkey and its Syrian allies.

Turkey launched Operation Peace Spring on Oct. 9 to eliminate terrorists from northern Syria in order to secure its southern borders, aid in the safe return of Syrian refugees and ensure Syria's territorial integrity.