PKK's Syrian wing gets oil money, not the US, Pentagon says 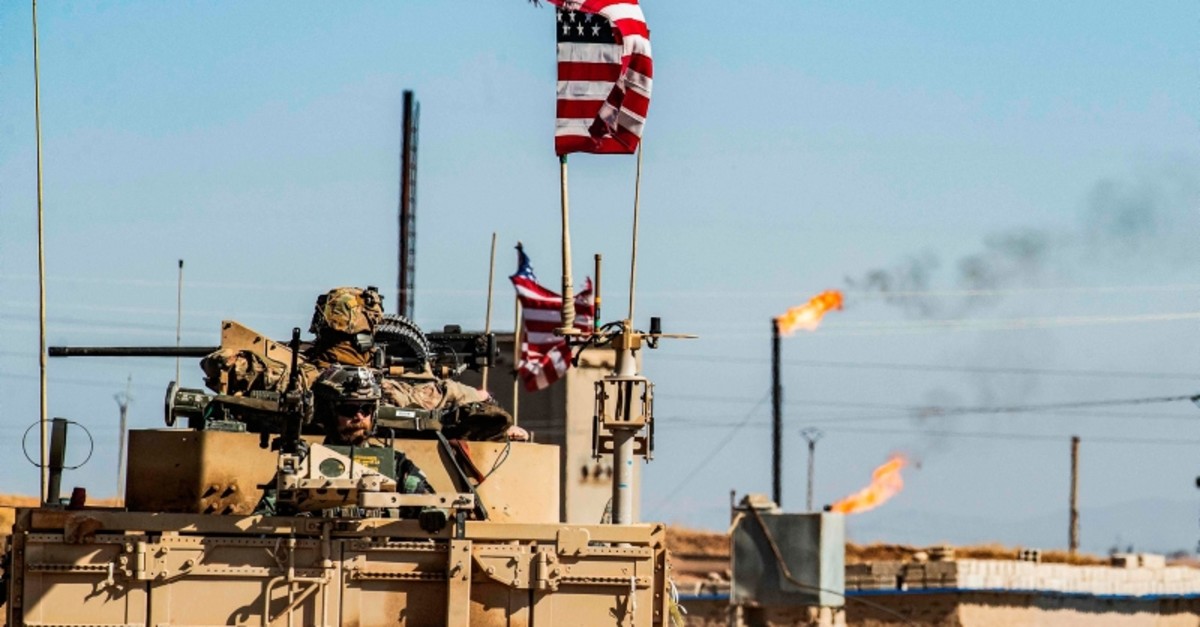 Terrorists from the People's Protection Units (YPG) head a convoy of U.S military vehicles in the town of Darbasiya next to the Turkish border, Syria April 28, 2017. (Reuters Photo)
by Daily Sabah Nov 07, 2019 8:11 pm

Hoffman also added that the U.S. continues to support the terrorist group.

"U.S. is still working with SDF fighters, providing them with ability and support" against Daesh terrorist group, he added.

The YPG is the Syrian offshoot of the PKK terror group, which has been responsible for the deaths of nearly 40,000 people in Turkey, including women and children, over the past 30 years.

The U.S. has primarily partnered with the YPG in northeastern Syria in the anti-Daesh fight. Turkey strongly opposes the YPG's presence in northern Syria, which has been a major sticking point in strained Turkey-U.S. relations. The U.S. has provided military training and given thousands of truckloads of military support to the YPG, despite its NATO ally's security concerns.