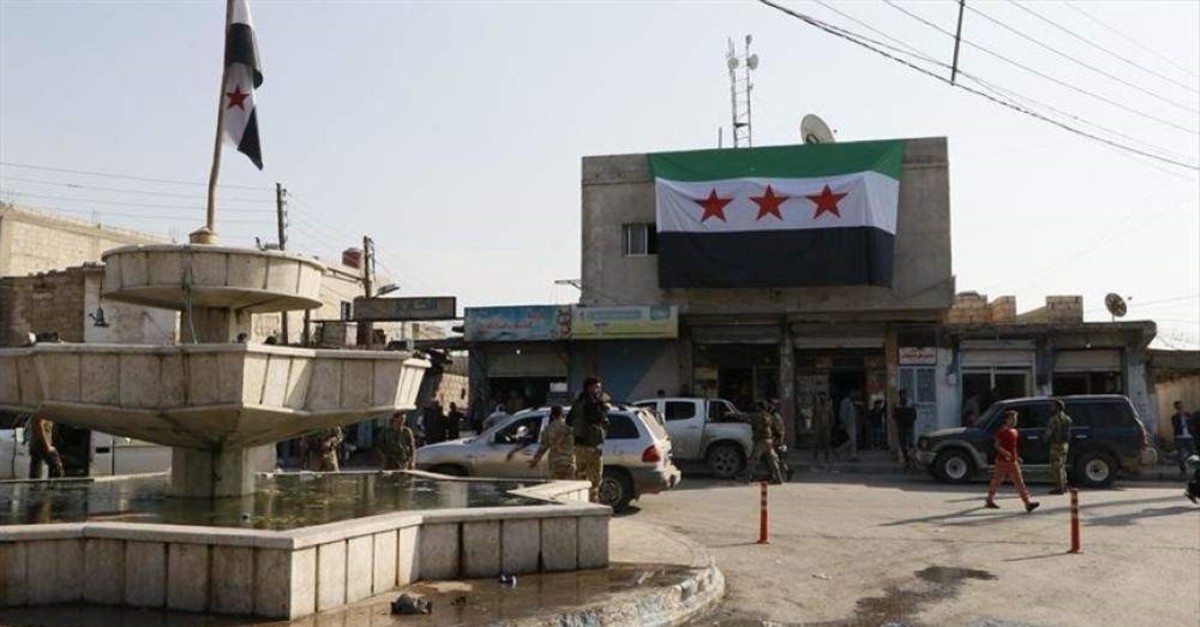 A council with representation from all ethnic and religious groups was established on Thursday in Syria's northern district of Ras al-Ayn which was recently cleared of the PKK and its affiliated terrorists during Turkey's Operation Peace Spring.

Abdurrahman Mustafa, who was also elected head of Syria's interim government, said the 25-member council represents all ethnic and religious groups in the area.

He thanked Turkey after a ceremony for cleaning the area from terrorists and said the terror group’s plans were destroyed.

"The same happened in Ras al-Ayn, just as we were supported in the Euphrates Shield and the Olive Branch Operations against ISIS (Daesh) and the PKK terrorist organization and we cleaned them up. There was an attempt to establish an autonomous state in these regions. Thank God this project was thrown into the trash,” he said. "Now we have to focus on reconstruction of the town and bringing back those locals who had to flee after the oppression of YPG/PKK terrorists.”

Mustafa addressed residents of Ras al-Ayn who escaped from terror and urged them to "return to your homes and villages.”

"We would like to have an election democratically after all locals return to their homes,” he said.

Meanwhile, Abdullah Erin, governor of Turkey's southeastern province of Sanliurfa, visited members of the local council and wished them success.

In its more than 30-year terror campaign against Turkey, the PKK, listed as a terrorist organization by Turkey, the U.S. and the European Union, has been responsible for deaths of 40,000 people, including women, children and infants. The YPG is its Syrian offshoot which the U.S. uses as its ally in Syria, a move Turkey strongly protests.