YPG violated agreements with US, Russia; did not withdraw from N. Syria safe zone: Minister Akar 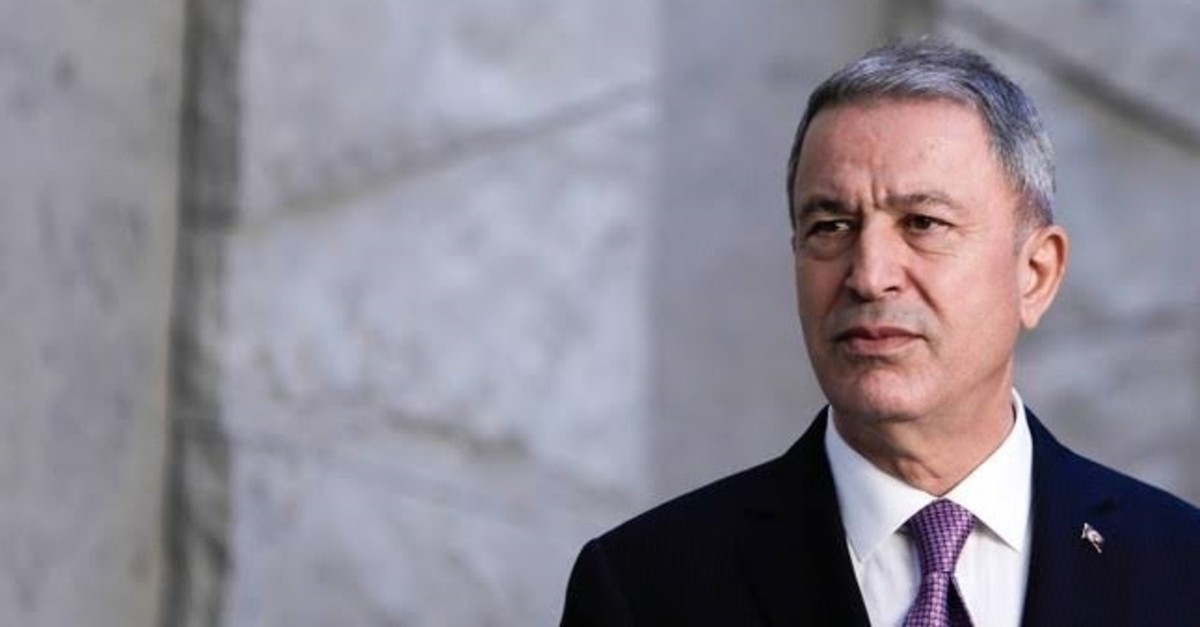 "Turkey cooperated military and in intelligence area with the U.S. in killing of [Daesh terrorist group's leader Abu Bakr] al Baghdadi," he added.

President Recep Tayyip Erdoğan also said earlier on the same day that neither Russia nor the U.S. fulfilled their part of the deal over the withdrawal of PKK's Syrian offshoot People's Protection Units (YPG) terrorists from northern Syria, as he highlighted Turkey's determined fight against terrorism and announced the capture of slain Daesh leader Abu Bakr al-Baghdadi'schild.

Speaking at a news conference ahead of his departure for an official visit to Hungary, Erdoğan said Turkey is waging a determined fight against terrorism.

"It has been well over 150 hours since we signed a deal with Russia but terrorists are still in the region and continue to attack Syrian National Army (SNA) soldiers," Erdoğan said, adding that 11 SNA fighters were killed on Thursday alone.

Operation Peace Spring was launched on Oct. 9 to eliminate terrorist YPG/PKK elements from northern Syria east of the Euphrates River in order to secure Turkey's borders, aid in the safe return of Syrian refugees and ensure Syria's territorial integrity.

On Oct. 22, Ankara and Moscow reached a deal under which YPG/PKK terrorists were to pull back 30 kilometers south of Turkey's border with Syria within 150 hours, and security forces from Turkey and Russia would mount joint patrols there.