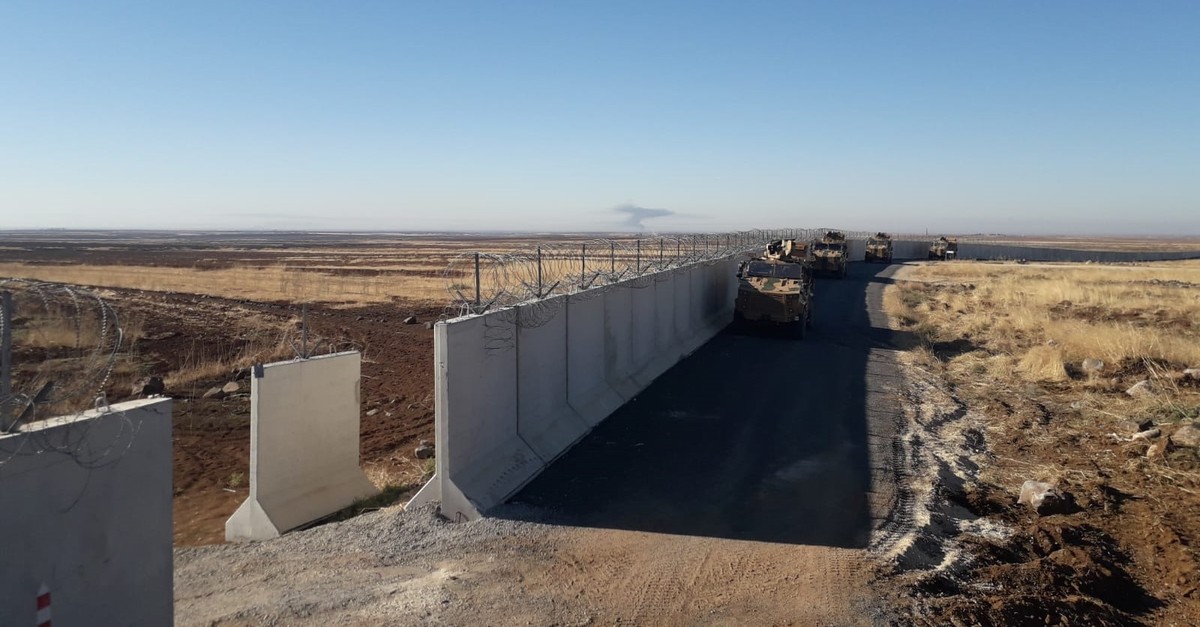 Turkish and Russian militaries held the third round of joint patrols in the rural Qamishli area in northern Syria on Friday.

"Within the framework of the agreement reached with the Russian Federation in Sochi on Oct. 22, 2019; the third joint land patrol began with the participation of Turkish and Russian military elements and UAVs in the region between Qamishli and Derik in the east of Euphrates," the Defense Ministry said in a statement on Twitter.

Russia has deployed military helicopters to patrol an area near the border to help protect Russia military police working on the ground, the Interfax news agency said Friday.

Interfax cited Russian military pilot Dmitry Ivanov as saying that Moscow would deploy its helicopters along several patrol routes at a height of 50-60 meters.

"Flights will be carried out daily along all the patrol routes," he was quoted as saying.

The two countries reached a deal under which the PKK-affiliated People's Protection Units (YPG) terrorists will pull back 30 kilometers (18 miles) south of Turkey's border with northern Syria within 150 hours.

The patrols are scheduled to be conducted in an area 10 kilometers into Syrian territory.

The second round of patrols was conducted in a 160-km route starting from Ayn al-Arab and took about two hours.