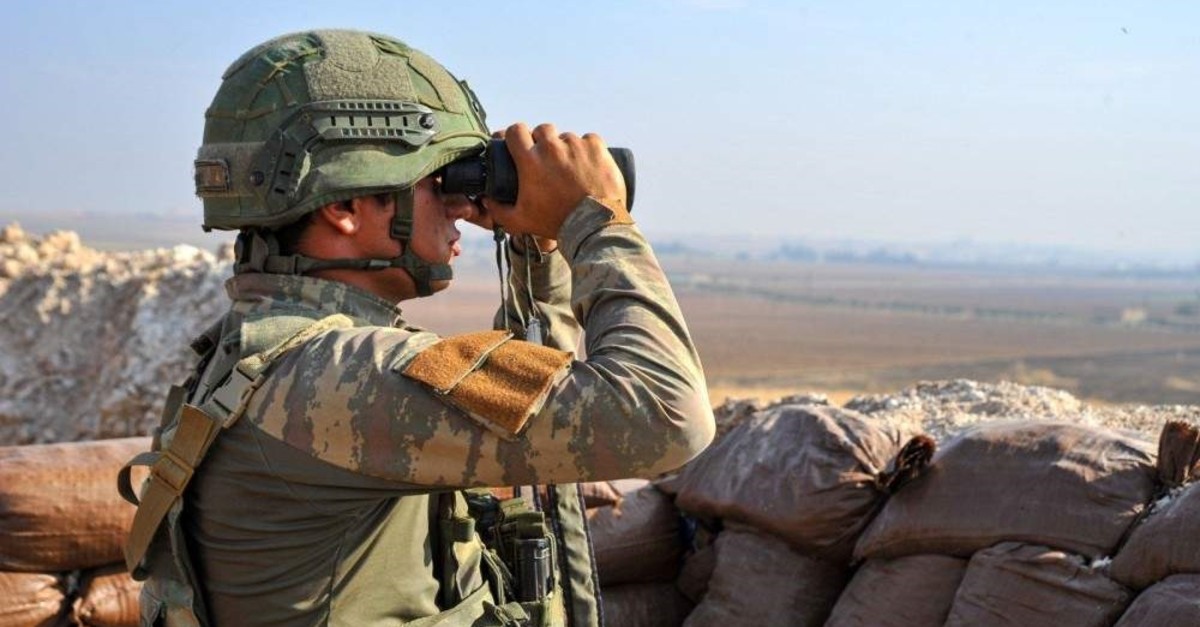 | DHA Photo
by Daily Sabah Nov 09, 2019 12:25 pm
The PKK’s Syrian offshoot the People’s Protection Units (YPG) carried out eight violations in the past 24 hours, the Turkish Defense Ministry said in a statement on Saturday.
The ministry said that while the Turkish Armed Forces fully complies with the existing agreement regarding the establishment of a safe zone, PKK/YPG terrorists continue transgressing the area of Operation Peace Spring, carrying out a total of eight violations/attacks with mortar, rockets and sniper fire in the last 24 hours.
Operation Peace Spring was launched on Oct. 9 to eliminate terrorist YPG/PKK elements from northern Syria east of the Euphrates River in order to secure Turkey's borders, aid in the safe return of Syrian refugees and ensure Syria's territorial integrity.
Ankara agreed with Washington on Oct. 17 to pause its operation to allow YPG/PKK terrorists to withdraw from the planned safe zone.
On Oct. 22, Ankara and Moscow reached a deal under which YPG/PKK terrorists were to pull back 30 kilometers south of Turkey's border with Syria within 150 hours, and security forces from Turkey and Russia would mount joint patrols there.
In its more than 30-year terror campaign against Turkey, the PKK, listed as a terrorist organization by Turkey, the U.S. and the European Union, has been responsible for the deaths of 40,000 people, including women, children and infants. The YPG is the PKK's Syrian offshoot.
Last Update: Dec 20, 2019 1:33 am
RELATED TOPICS