SNA retaliates against attacks and violations by YPG in northern Syria 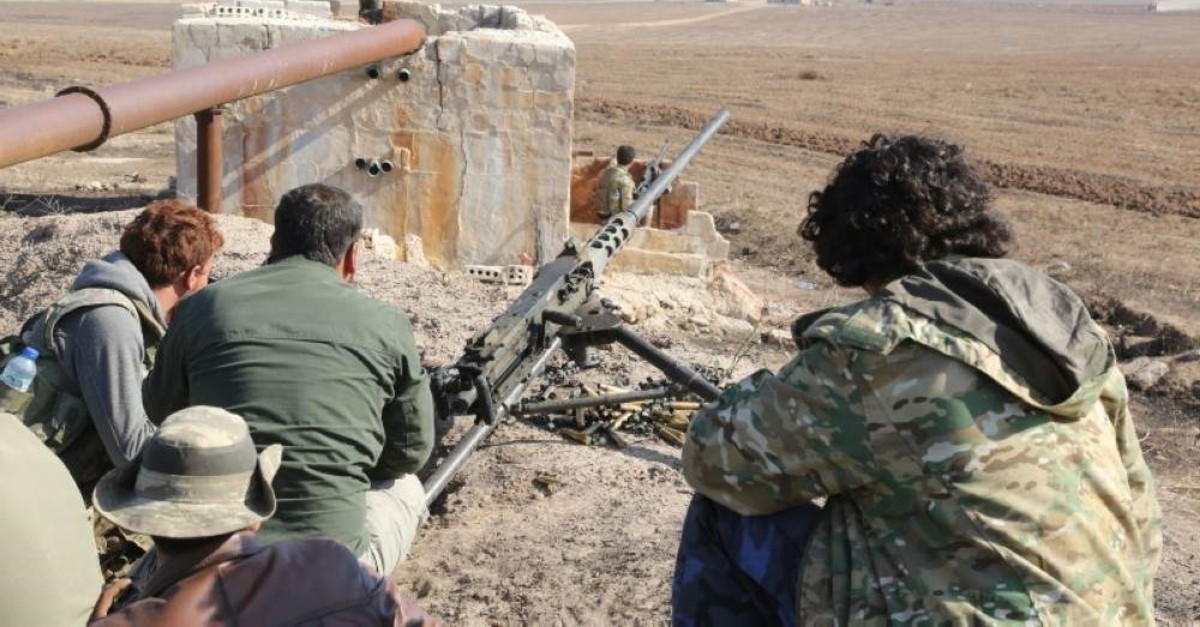 Turkish-backed SNA soldiers have been thwarting the attacks and violations by People's Protection Units (YPG) terrorists, especially in the east of Syria's Ras al-Ayn town, recently liberated from YPG/PKK terrorists.

The YPG/PKK terrorists continue their attacks despite Turkey's deals with the U.S. and Russia on the withdrawal of the terror group from northeastern Syria.

The SNA soldiers continue to search and sweep activities in the region. In the last 24 hours, four SNA soldiers were killed in YPG/PKK terrorist attacks.

So far, at least 198 SNA soldiers have been killed in the attacks since the launch of Ankara-led anti-terror operation in northern Syria.

According to the SNA commanders in the field, a total of 643 SNA soldiers were also wounded and one soldier went missing during the Operation Peace Spring.

Launched on Oct. 9, the Operation Peace Spring aims to eliminate terrorist YPG/PKK elements from northern Syria east of the Euphrates River in order to secure Turkey's borders, aid in the safe return of Syrian refugees, and ensure Syria's territorial integrity.

In its more than 30-year terror campaign against Turkey, the PKK -- listed as a terrorist organization by Turkey, the U.S. and the European Union -- has been responsible for the deaths of 40,000 people, including women, children, and infants. The YPG is the PKK's Syrian offshoot.