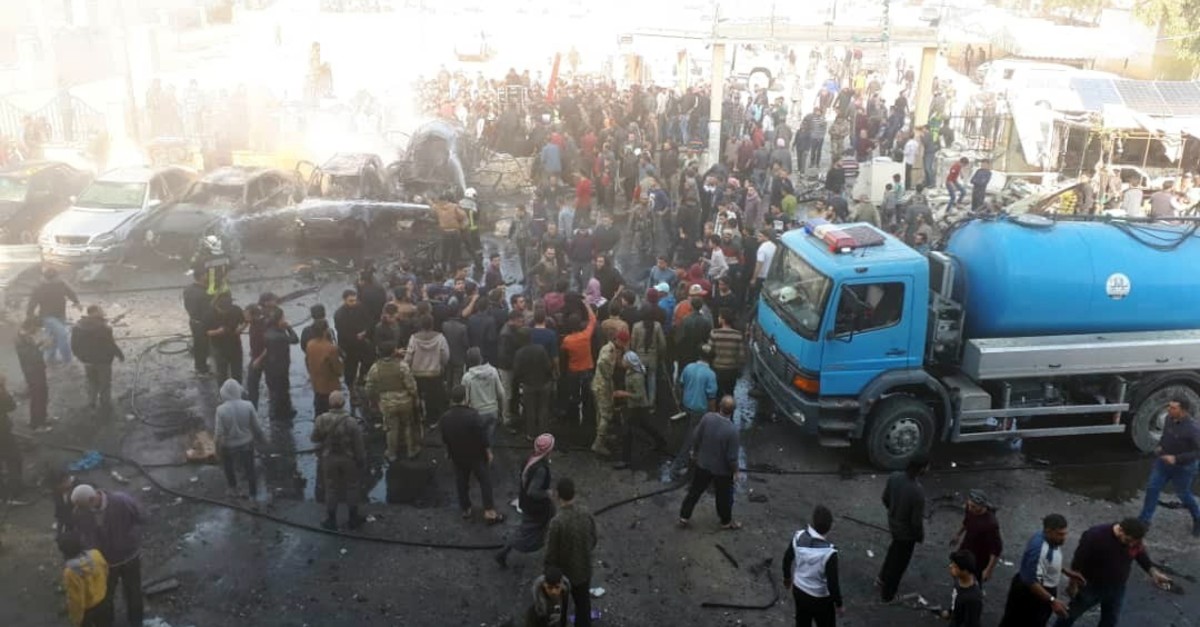 At least 18 civilians were killed, 30 others were injured in a terrorist attack in northern Syria's al-Bab, which was liberated in an anti-terror operation carried out by the Turkish military.
The attack was carried out with a bomb-laden vehicle which exploded in the district's bus terminal, reports said.
Civilians who were injured in the attack were immediately taken to nearby hospitals, while local firefighter units extinguished the fire.
Buildings in the area were damaged in the explosion, reports said, adding that some vehicles also caught fire.

Inhumane and uncivilised PKK/YPG terrorists continue to target innocent civilians using the same methods as DAESH. This time the terrorists detonated a car bomb in the Al-Bab bus terminal in the Op Euphrates Shield area, killing 10 civilians and injuring more than 15. pic.twitter.com/t6yPWGBaoX

Al-Bab, an important crossroads and settlement in northeastern Aleppo province, was liberated from the four-year-long cruel Daesh rule on Feb. 22, 2017, by the Turkish Armed Forces (TSK) and Free Syrian Army (FSA) fighters as part of the Operation Euphrates Shield launched on Aug. 24, 2016, to clear the terrorist group from Turkey's border regions. Due to its strategic importance, al-Bab witnessed the fiercest clashes between the Daesh terrorists and Turkish forces, especially at the Sheikh Aqeel district overlooking the town.
Last Update: Dec 20, 2019 1:43 am
RELATED TOPICS