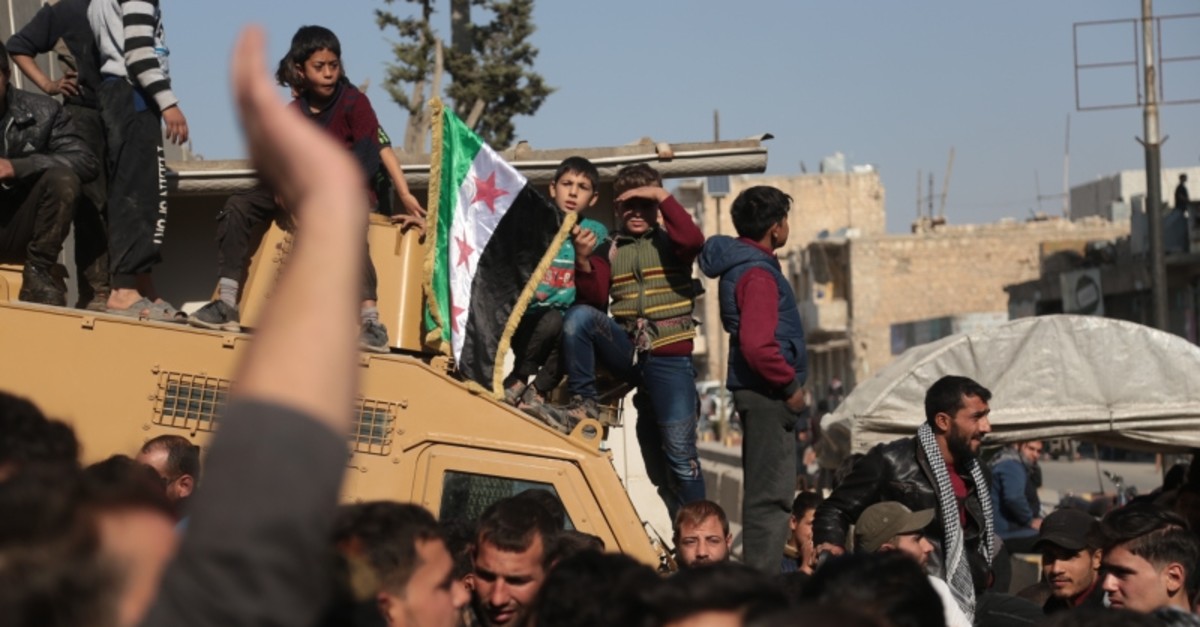 Residents of the northern Syrian town of al-Bab yesterday protested yesterday's deadly bomb attack carried out by the PKK's Syrian offshoot the People's Protection Units (YPG), leaving 18 people dead and 30 injured.
The protesters that gathered in front of the police building called for the responsible perpetrators to be brought to justice.
The attack was carried out with a bomb-laden vehicle which exploded in the district's bus terminal. Civilians who were injured in the attack were immediately taken to nearby hospitals, while local fire fighter units extinguished the fire that spread to other cars and damaged buildings.
The Defense Ministry announced yesterday that the terrorist perpetrating the attack in coordination with the National Intelligence Agency (MİT) was captured.
Al-Bab, an important crossroads and settlement in northeastern Aleppo province, was liberated from the four-year-long cruel Daesh rule on Feb. 22, 2017, by the Turkish Armed Forces (TSK) and Free Syrian Army (FSA) fighters as part of the Operation Euphrates Shield launched on Aug. 24, 2016, to clear the terrorist group from Turkey's border regions. Due to its strategic importance, al-Bab witnessed the fiercest clashes between the Daesh terrorists and Turkish forces, especially at the Sheikh Aqeel district overlooking the town.
Despite agreements to withdraw from certain areas, the YPG still conducts innumerable attacks occasionally against civilians with bomb-loaded vehicles, killing civilians and attacking soldiers of the TSK and the FSA. Furthermore, the terrorists left with improvised explosive devices placed in various civilian settlements that still constitute a threat to those living in the liberated areas.