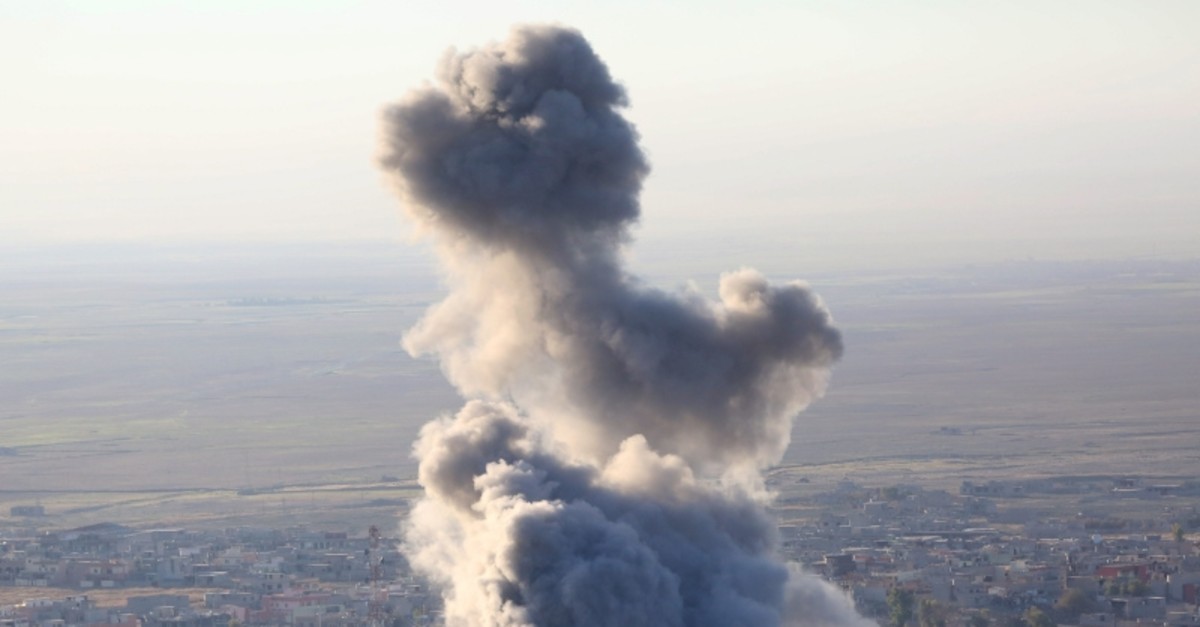 |AA File Photo
by Anadolu Agency Nov 19, 2019 11:36 am
Six PKK terrorists, including senior figures, were killed in domestic and cross-border anti-terrorism operations, the Turkish Interior and Defense Ministries said Tuesday.
Turkish fighter jets killed three PKK terrorists plotting a terror attack in an operation in the Hakurk region in northern Iraq, the Defense Ministry said.
"Our fight against terrorist organizations will continue until the last terrorist is killed," it added.
PKK terrorists often use northern Iraq to plan cross-border terrorist attacks in Turkey.
Turkish security forces also killed three PKK/KCK terrorists during domestic operations in the country's southeast, the Interior Ministry said.
The counter-terrorism operations in Şırnak province were supported by the provincial gendarmerie forces, local police department and the National Intelligence Organization (MIT), the statement said.
Two of the killed terrorists were identified as Mahmut Taş -- code-named Andok and also the so-called person in charge of a group in the Mt. Cudi area of the province -- and Hüsnü Kaplan, code-named Adil from a terrorist PKK affiliate group Syria by Civil Protection Units (YPS) -- the so-called person in charge of Silopi district.
Security operations are still underway in the region, the statement added.
In its more than 30-year terror campaign against Turkey, the PKK -- listed as a terrorist organization by Turkey, the U.S. and EU -- has been responsible for the deaths of 40,000 people, including women, children and infants.