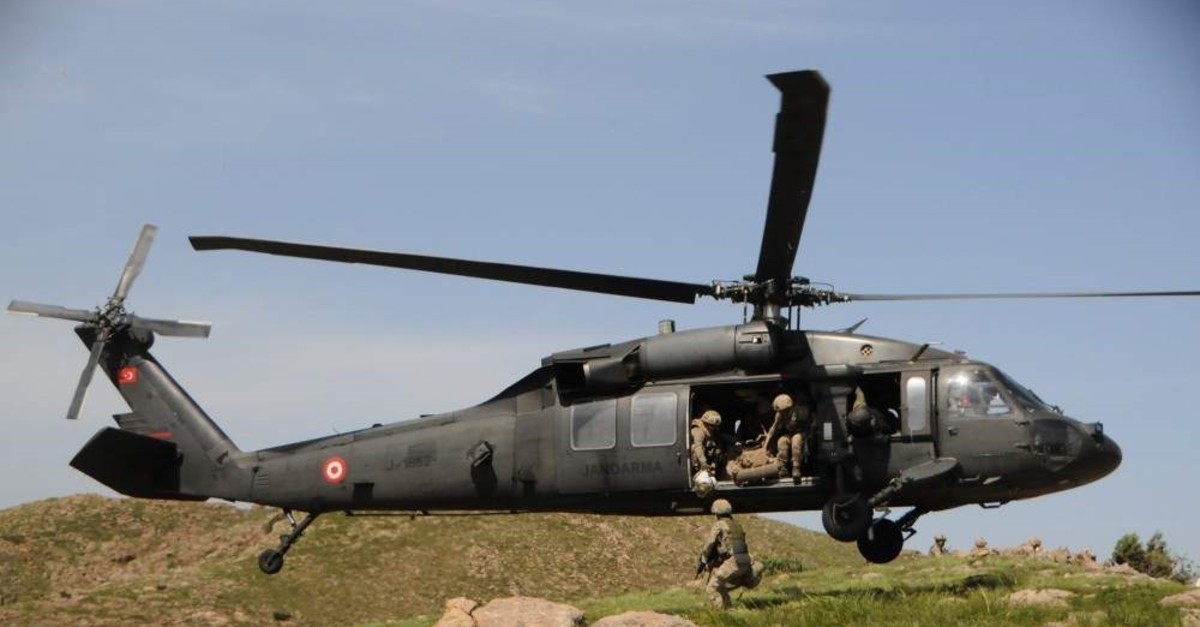 Ten PKK terrorists were killed in an air-supported anti-terror operation in northern Iraq, the Defense Ministry said on Wednesday.

The terrorists were killed as part of Operation Claw-3 in the Haftanin region, the ministry said.

The operation also destroyed heavy ammunition and fuel used by the terrorists.

Operation Claw-3 was launched on Aug. 23 to ensure security along the border, especially in southeastern Turkey's Şırnak and in northern Iraq's Sinat-Haftanin.

All three operations have secured an area of 370 square kilometers, preventing terrorists from entering Turkey or gaining a foothold in the region.

On May 27, Turkey launched Operation Claw against the PKK in the Hakurk region of northern Iraq. Operation Claw-2 was launched on July 12 as a follow-up to the successful offensive.

The Turkish military continues its counterterrorism efforts against the PKK, its affiliate the People's Protection Units (YPG) and Daesh both within and outside Turkey's borders.