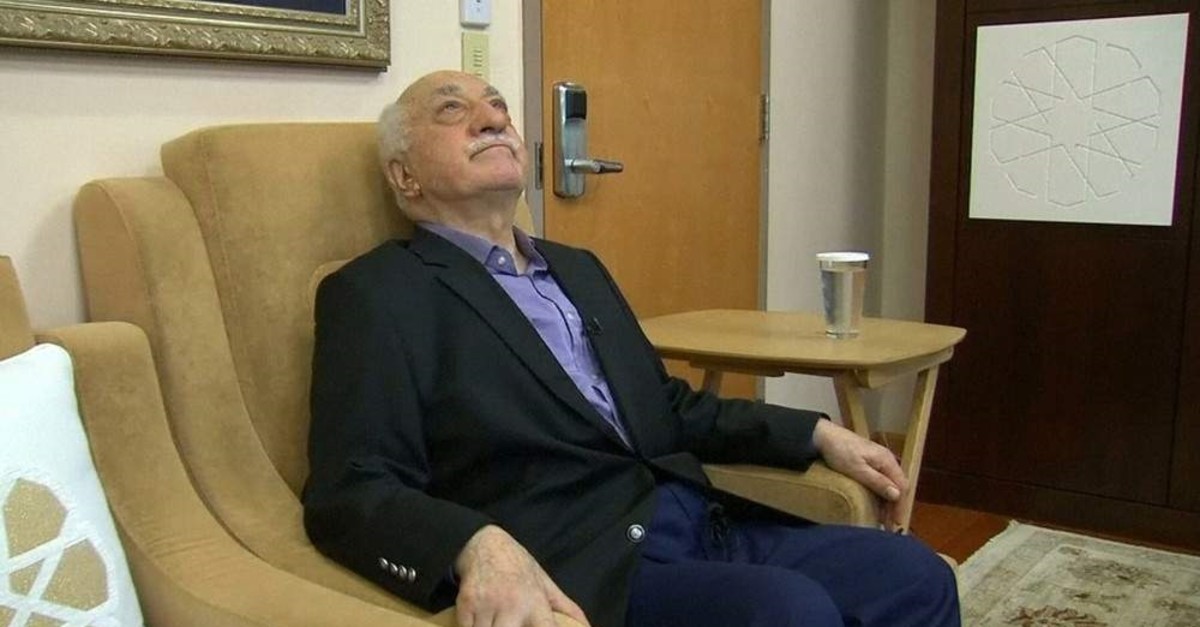 FETÖ is a cult that works under the delusion of being chosen by God, with its leader Fetullah Gülen claiming to be a messiah while demonizing outsiders, from Jews to the West

On July 15, 2016, Turkey lived one of the darkest nights in its entire history when a coup attempt killed hundreds of people and created one long night of chaos. By the next morning, however, the coup was defeated by the people. Many were even willing to sacrifice their own lives to stop the coup plotters, who are soon revealed to be members of the Gülenist Terror Group (FETÖ), a cult that infiltrated Turkish institutions for decades to ultimately overthrow the government.

Three years after the coup attempt, FETÖ continues to be a clear example of a cult that perpetuates an abusive attitude towards its followers under an egocentric, so-called “chosen” leader, while using the rhetoric of militarism, anti-Semitism and misogyny.

A cult is often referred to as an ideological organization that is ruled by a charismatic leader demanding a high level of dedication from the followers, which is why they are also regarded as places where the risk of manipulation and abuse runs high.

FETÖ carries all these qualities of an ordinary cult, and thus, according to Hilmi Demir, an academic at Hitit University, should be listed alongside groups like the Branch Davidians, Aum Shinrikyo, the People’s Temple, Scientology, Heaven’s Gate, The Arm of Lord or Osho, which are recognized as typical cults by the Western world.

“The Gülen community is neither a sect, a Sufi group, nor a traditional community,” said Demir, speaking to Daily Sabah, adding that it should be classified as a charismatic cult.

“A charismatic cult is a structure formed by a community that believes in its being chosen, with a level of high dedication for a charismatic leader,” he said.

The basic cult features can be listed as follows: An authoritarian and charismatic leadership, a totalitarian ideology shared within the group, totalitarian, firm and precise boundaries between the group and outsiders, the feel of being chosen, demonizing the world outside the group, emulation of violence and abuse of individuals.

According to Demir, just like many other cult leaders, FETÖ's U.S.-based leader Fetullah Gülen also sees himself as some kind of reflection of a spiritual being with special powers.

“The prism titles he gave to his books in facts include a reference to it. Prism cannot choose not to reflect the Light. In the same way, Gülen thinks he is chosen. In his mind, Gülen is only a prism chosen by God,” Demir explained.

“Gülen goes as far as claiming he has been in communication with Allah and Prophet Mohammad. He even states that he receives compliments from Prophet Muhammad,” Demir says, pointing to the cult leader's mental state.

“What Gülen does is actually a mystic manipulation,” Demir added. Using this "mystic manipulation," Demir says, Gülen brainwashes people from early childhood and controls them like a totalitarian leader, to the point that he will eventually change their identity. In this manipulation technique, the fear of outsiders plays a major part.

In Demir’s opinion, the cult members despise outsiders and see them as brainwashed, instead of grasping their real condition. Gülen uses this fear and hate.
In one of his works, Gülen claims to have dreamt he and his followers were fighting side-by-side with the prophet’s companions in the Battle of Badr, a crucial war in Islamic history fought against polytheists, the main enemies of the religion. In this way, he sees his cult on the same level as the prophet’s cause and implies that everyone outside is actually enemies of the religion.

“Cult members not only feel special with divine chosenness but also act in the belief that they have an important role to play in the historical process; that they will be recognized by the whole world in the future and that the whole world will witness their greatness,” Demir said.

Apart from the fear of outsiders, Gülen uses hate speech against women, whom he sees as the cause of the fall of civilizations, to keep his followers under control.

"Women's sedition led many past nations to perish. Yes, many ancient communities and nations were devastated by women. Roman and Byzantine empires were brought down by lust and sensual emotions. So was my beautiful Andalusia... I think almost everyone who sees the embarrassing pictures of the baths of al-Hamra palace will accept it,” says Gülen in his book "Hesitations Brought by the Century," revealing his perspective on women.

Demir said, "For Gülen, women are nothing more than creatures that exist to serve men."

In his formation of a cult, Gülen also heavily uses the military rhetoric. For instance, most of the terms FETÖ uses within the cult are carry military connotations, such as the army of light, light cavalry and second generation of companions.

In Demir’s opinion, this rhetoric comes from Gülen’s admiration of the military itself. “In my opinion, since Gülen has been involved with the military juntas for most of his journey as a cult leader, he has admired them a lot. His books are filled with militarist admirations,” Demir said, adding that this admiration also led Gülen to establish a paramilitary entity from within his cult that is being revealed as the mysteries of the secretive cult being enlightened day by day.

“Another point is the fact that he sees coups as the only way to overturn the government in Turkey, rather than elections,” Demir further indicated, emphasizing that this way, Gülen presents himself not only as a messiah but also as a military commander.

Among the outsiders that Gülen sees as an enemy, there is one enemy specifically that constantly emerges in his books: the West. Gülen often uses extremely right-wing rhetoric to describe the west as the “devil front” that is cruel and should be fought against.
However, it seems like this perception of his changed over time, more specifically since 1999 when he moved to the U.S. From that point on, the cult leader grasps a complex relationship with the West with a newly established aim of being friends with the West.

“Gülen reached such a point that the unification of the West and the East in faith and becoming a one-world state has become the whole purpose of his life,” Demir said.

In one of his quotes, Gülen explains his thoughts as follows: “It has been one of the greatest goals and ambitions of my life that East and West mingle in the real faith and reach the unity of destiny.”

Yet, he separates Jews from the West and sees them as the worst kind of outsiders as a society. According to Demir, there is no difference between Gülen's anti-Semitic discourses and the discourses used by groups like Daesh and al-Qaida.

“In Gülen’s opinion, Jews are representatives of an ontic evil,” Demir said, referring to one of Gülen's works where he predicts that the Jews will eventually share a similar faith with the Nazis.

Demir explains Gülen’s mentality as follows: “Gülen thinks that Islam, Christianity and Judaism will eventually be unified in his own being. That’s why he constantly refers to being a messiah. In his opinion, a messiah is not Jesus. He is someone who represents Jesus’ spiritual personality. Gülen envisions a religion under which all religions will be unified,” Demir underlined, adding that he is using Islam as only a tool for now.