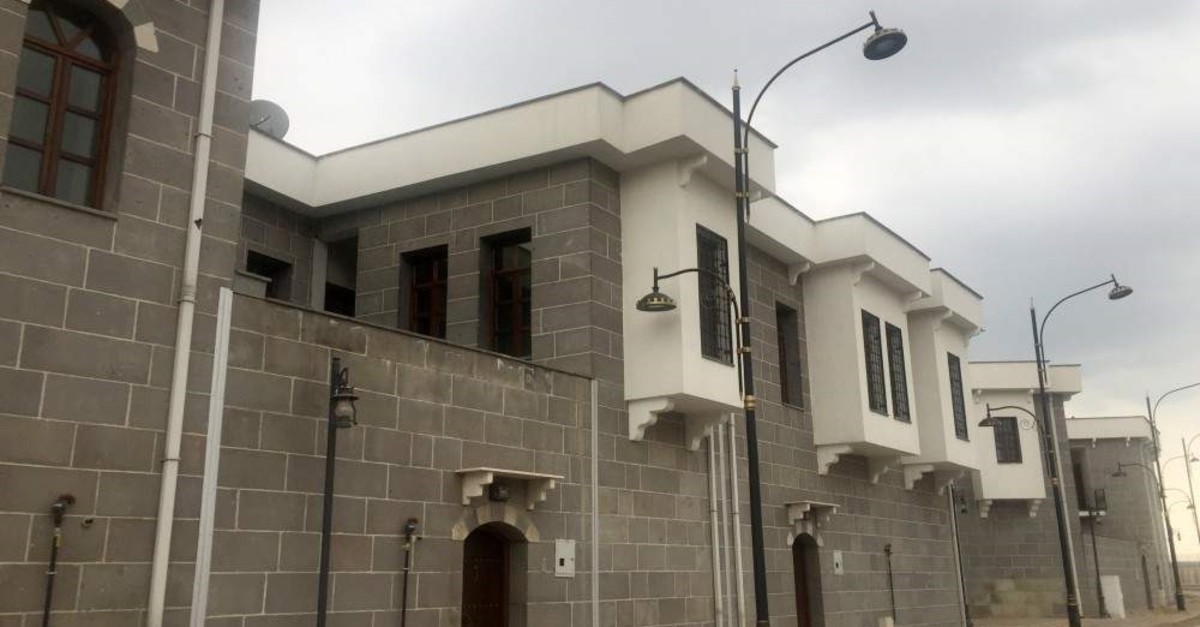 The government's project to rebuild a picturesque district forming the historical core of the southeastern city of Diyarbakır, which was devastated by PKK terrorists in 2015, is expected to be completed in the next year, the mayor of the district said.
Sur District Mayor Abdullah Çiftçi noted that 70% of the homes destroyed by the terrorists were reconstructed based on their historic architectural design.
The TL 2.5 billion Sur Revival Project was launched on the orders of President Recep Tayyip Erdoğan and aims to get life in Sur back to normal. Similar projects will be ongoing in six southeastern district centers similarly hit by terror attacks.
One of the most prominent features of the project in Sur is its historic courtyard houses, which include the construction of 1,500 homes.
Located inside the Diyarbakır Fortress and named after UNESCO-listed city walls only second to China's Great Wall in length, the Sur district was once famous for its unique architecture, which had been destroyed by the terrorists after they unilaterally abandoned the reconciliation process with the Turkish government in the summer of 2015 and took their war into urban areas.
It took Turkish security forces 103 days to eliminate the PKK from Sur district, as they carried out an extensive operation with utmost attention to make sure no civilians were harmed during the process.
Around 4,500 families were forced to flee their homes, while hundreds of traders in the district were forced to shut down or relocate their businesses due to the PKK terror onslaught in which homes, stores and other buildings in the area including historic landmarks were targeted indiscriminately.
In its over 30-year terror campaign against Turkey, the PKK, listed as a terrorist organization by Turkey, the U.S. and the EU, has been responsible for the deaths of some 40,000 people, including women and children. The terrorist organization is active not only in Turkey but throughout the region, particularly in Syria and Iraq. The Turkish government has repeatedly called on the Iraqi government to eradicate the PKK threat. If not, Ankara says the Turkish Armed Forces (TSK) will exercise its rights and launch cross-border operations in the area, as it did during Operation Euphrates Shield and Operation Olive Branch in Syria.