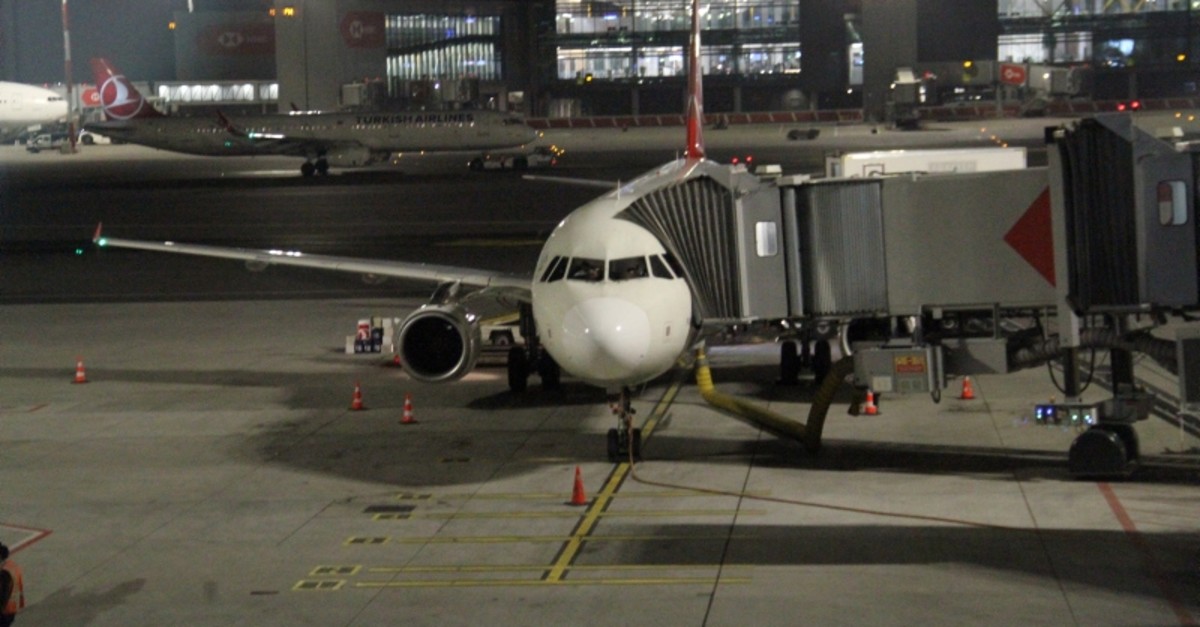 Since the announcement of the process that would see foreign-born Daesh terrorists repatriated to their countries of origin, 15 foreign terrorist fighters have been extradited, the Interior Ministry announced yesterday.

Over the course of the last eight days, 10 German, two Dutch, one Danish, one British and one U.S. citizen were reportedly deported from Turkey. Yet, there remain 944 foreign terrorist fighters from 36 different states in repatriation centers waiting to be sent back to their home countries, including one stateless citizen.

"Turkey is not a hotel for Daesh members from any country," Interior Minister Süleyman Soylu said on Nov. 2, officially starting the repatriation process.

Some 287 Daesh terrorists have been captured in northeastern Syria, where Turkish troops launched an counterterrorism operation last month, with hundreds more suspects in detention.

On Tuesday, the minister said that Turkey is planning to repatriate most of its Daesh detainees by the end of the year.

"I think we will have sent a large portion of them to their countries by the end of the year," he said, adding that certain countries that had revoked the citizenship of their nationals were violating international law.

Turkey has criticized Western countries for refusing to repatriate their citizens who joined Daesh in Syria and Iraq, stripping some of them of their citizenship. Although the 1961 New York Convention deems it illegal to leave people stateless, several countries including France have not ratified it into law, and recent cases have triggered prolonged legal battles. The U.K. alone has stripped more than 100 people of their citizenship for allegedly joining terrorist groups abroad. Meanwhile, European countries are trying to speed up a plan to move thousands of terrorists out of Syrian prisons and into Iraq.

Turkey is holding the Daesh terrorists in repatriation centers. According to Article 9 of Turkey’s Law No. 6458 on Foreigners and International Protection Law, foreigners who have links to terrorist groups, constitute members of terrorist groups or participate in terrorist activities are forbidden to enter the country. However, foreigners who cross the country’s border despite being barred entry are to be considered “unacceptable passengers” and are to be repatriated to the states from which they came. Foreigners determined by risk analysis centers across 30 Turkish provinces as having the potential to disrupt social order in the country also go through the same process.

The ones that are suspected of being “foreign terrorist fighters” by security forces after their entrance into Turkey and who face legal action for it are also deported from the country. These types of foreigners are immediately taken under administrative detention and then repatriated to their home country, a third country or a country that can be used as a transit.

Turkey has been actively conducting counterterrorism operations against Daesh since 2016. Since then, 4,517 of the 13,696 suspects detained in 4,536 operations have been arrested. Over the course of the operations, 1,018 terrorists were either killed, injured or surrendered. In order to apprehend Daesh suspects, 64 risk analysis units that include experts on terrorism and intelligence have been formed across the country. The units regularly monitor suspects that operate within their region, as well as all other developments regarding the terrorist group, both within and outside the country.

At the height of Daesh's power, hundreds of foreign fighters streamed into Syria to join the self-proclaimed caliphate. Some militants even took their young children to Daesh-controlled areas in Syria and Iraq. Following a period of expansion from 2014 to 2015, Daesh went into gradual decline, with U.S.-led coalition bombings weakening the group.

Although Daesh has mostly been defeated, the question of the fate of the children of foreign fighters in Syria and Iraq poses a dilemma for governments in their home countries. Many foreign fighters and their families are in prisons or being held in special camps in Iraq and Syria.

Despite the defeat, which has been reiterated by the U.S. numerous times and demonstrated once again in the killing of the group’s leader Abu Bakr al-Baghdadi last month, Washington still tries to spread the fear of Daesh with an aim to protect other terrorist elements in the region, specifically the PKK’s Syrian affiliate People’s Protection Units (YPG).

According to a report released by the Pentagon on Tuesday, Daesh still has the potential to revive itself. The report claims that the terrorist group “exploited the Turkish incursion and subsequent drawdown of US troops to reconstitute capabilities and resources within Syria and strengthened its ability to plan attacks abroad.”

The report also states that Daesh had “strengthened its ability to plan attacks abroad,” implying the threat remains credible and bringing to mind the atrocities the group has committed, especially in Europe. It added that Daesh would "likely have the 'time and space' to target the West and provide support to its 19 global branches and networks."

U.S. President Donald Trump announced on Oct. 6 that 1,000 U.S. troops would pull out of northeastern Syria, a decision which caused consternation in the Pentagon, which stated that the move would be a miscalculation and a “betrayal” to its partner in the region, the YPG.

Following the announcement, Turkey launched Operation Peace Spring on Oct. 9, once more igniting debate among U.S. institutions, with the Pentagon's stance characterized as anti-Turkey and pro-YPG.

Since the U.S. claims to have been partnering with the YPG in order to defeat Daesh, according to many pundits, the fear of the revival of the terrorist group is necessary for the country to legitimize this ongoing partnership.

Ankara has long objected to the U.S.' support for the YPG, a group that poses a threat to Turkey and terrorizes local people, destroying their homes and forcing them to flee. The YPG is the Syrian offshoot of the PKK, which has killed 40,000 people, including women and children, in its more than 30-year terror campaign against Turkey. Under the pretext of fighting Daesh, the U.S. has supported the YPG terrorist group by providing military training and weapons and has recently reiterated its ongoing support.