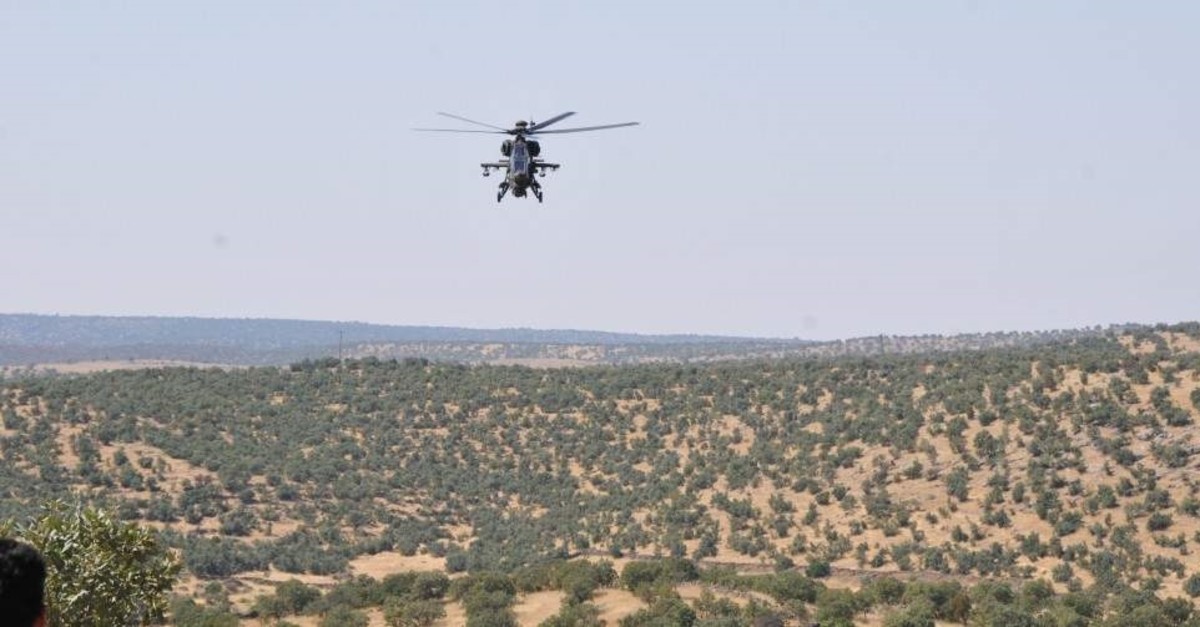 Effective anti-terror operations carried out by the Turkish military targeting Daesh, the PKK and its offshoots have been achieving huge success, evidenced by a number of factors including the significant fall in recruitment figures, Interior Minister Süleyman Soylu said Thursday.

Addressing the members of the Parliament's planning and budget commission in capital Ankara, the interior minister said the terrorist group’s recruitment figures have significantly dropped over the past five years.

The Turkish military destroyed 229 hideouts and shelters used by PKK terrorists to carry out attacks and killed 363 militants in the past year.

Soylu noted that a total of 1,144 PKK terrorists have been killed, including 121 in Operation Kıran, with the support of unmanned aerial vehicles (UAVs).

Turkey has also facilitated the return of 368,217 Syrian refugees to their homes by clearing terrorists from the border areas in cross-border operations targeting Daesh and the PKK’s Syrian offshoot, the People’s Protection Units (YPG), Soylu added.

Turkish security forces regularly conduct counterterrorism operations in the eastern and southeastern provinces of Turkey where the PKK has attempted to establish a strong presence and bases. The Turkish Armed Forces (TSK) also carry out cross-border operations in northern Iraq, a region where PKK terrorists have hideouts and bases from which to carry out attacks on Turkey. The operations were intensified after July 2018, and became routine since the beginning of another extensive campaign, Operation Claw, which was launched on May 27 to entirely eliminate the presence of the terrorist organization in northern Iraq. On July 13, TSK launched Operation Claw-2 as a follow-up to the successful Claw-1.

Operation Claw-3, which is the follow-up of the previous two, was initiated on Aug. 23 in the Sinat-Haftanin region of northern Iraq. The operation was launched to facilitate border security, eliminate the presence of terrorists, and destroy terrorist caves and shelters in the region.

On Aug. 17, Turkey also launched Operation Kıran in the country's southeast against YPG/PKK terrorists in Van, Hakkari and Şırnak provinces, followed by the launch of Operation Kıran-2 on Aug. 27 in Mardin, Şırnak and Batman provinces. Four more iterations of the operation followed, including Operation Kıran-6, launched on Nov. 13.

On Oct. 22, Turkey reached an agreement with Russia to allow the YPG/PKK terror group to withdraw from the safe zone.

Soylu also told the commission that around 100,000 Syrians living without registration in Istanbul had left the city since early July, when the government set a deadline for Syrians not registered in the city to leave for provinces where they were registered.

Authorities earlier said Syrians not registered in Turkey's largest city should return to the provinces in which they are registered by Oct. 30, or face forced removal.

Turkey hosts some 3.6 million refugees who fled the eight-year-old civil war, more than any other country. The Syrian population in Istanbul, home to some 15 million people, had swollen to more than half a million, more than those in any other Turkish city.

Syrians registered in other cities came to Istanbul, leading to an accumulation in the city, Soylu said.

"Around 100,000 Syrian have returned to provinces in which they are registered since July 12," he said, adding that a total of 200,000 migrants had left the city.

Turkey also houses migrants from other Middle Eastern and African nations. On Friday, the Istanbul governor's office said more than 6,000 Syrian migrants in Istanbul were sent to temporary housing centers in other provinces since early July.