Turkey collecting 33,000 weapons given to YPG in Syria, Erdoğan says 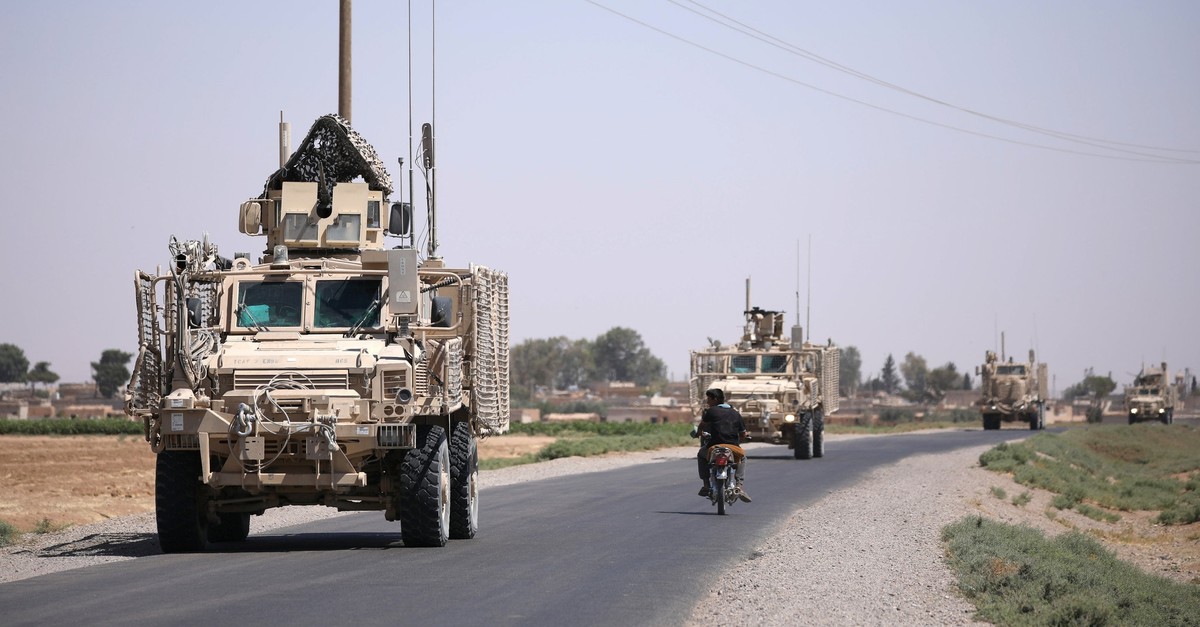 The Turkish military has discovered the whereabouts of 33,000 truckloads of weapons given to the People's Protection Units (YPG), the PKK terrorist group's offshoot in Syria, and is now in the midst of collecting them, according to the latest statement by President Recep Tayyip Erdoğan.
Speaking in the western İzmir province on Friday, Erdoğan said the Turkish military is chasing the terrorists in northern Syria as they flee.
"We have discovered 33,000 trucks of weapons given to the YPG terrorists and the military is collecting them," the president announced.
The weapons, which were given to the terrorists by the U.S., has been a cause of great concern for Turkey.
Relations between the U.S. and the PKK's Syrian affiliates have long been a worry for Turkey as the terrorist group's presence on the Turkish border has long been threatening and disrupting the country's national security.
During the fight against Daesh, the U.S. opted to partner with the YPG despite its NATO ally's security concerns and provided truckloads of weapons to the terrorist group. Some 22,000 truckloads of arms and ammunition have been given to the YPG so far. Some of the arms include cruise missiles, anti-tank guided missiles (ATGMs) and shoulder-launched surface-to-air missiles (MANPADS).
The delivery of arms and equipment to the YPG, a matter that is still poisoning bilateral relations between the two NATO allies, began in 2014 and intensified in subsequent years.
The presence of these weapons has caused concern in Ankara, with Turkish officials pointing out that it is actively threatening the fragile stability and peace in north Syrian areas ensured after being liberated from Daesh during Operation Euphrates Shield and Operation Olive Branch.
There are also other serious possible threats, including the possibility of the transfer of these U.S.-made weapons to PKK terrorists in southeast Turkey through the border controlled by the YPG.
In recent years during anti-terror operations against PKK terrorists, U.S.-made rockets, anti-aircraft weapons, heavy machine guns, and M-16 rifles have been seized, particularly on Kato Mountain located in Turkey's border province of Hakkari.
Last Update: Dec 20, 2019 1:52 am
RELATED TOPICS