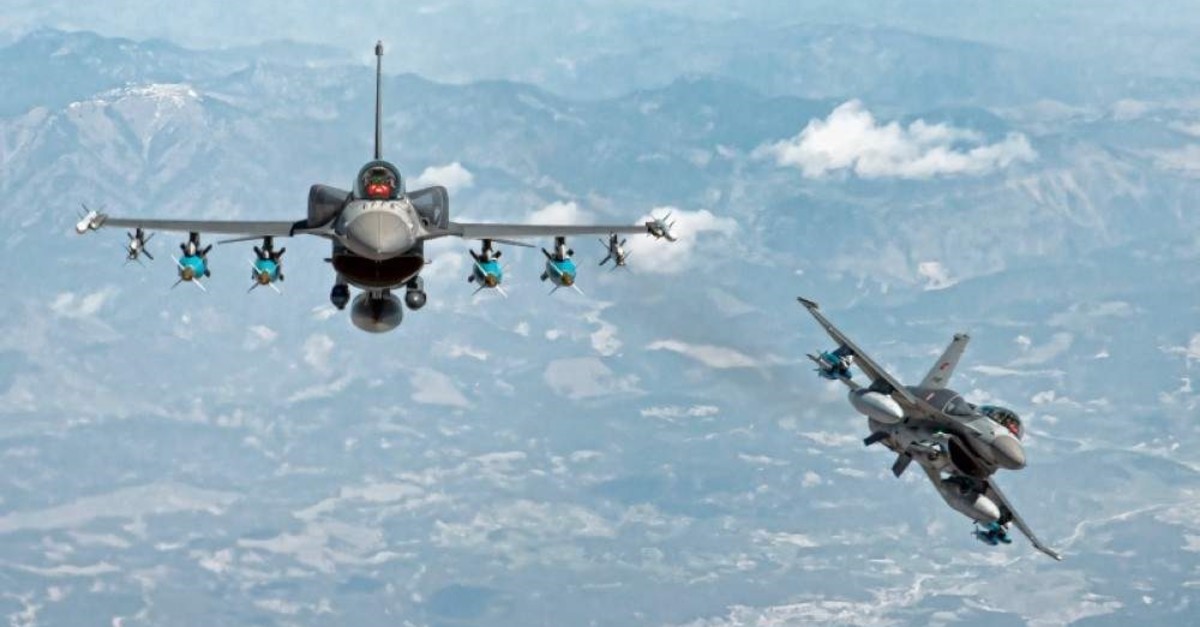 Turkey resumed operations against PKK terrorists on Saturday, in a new operation in the country's east to be run simultaneously with strikes in northern Iraq.
A statement released by the Ministry of National Defense said Saturday that air force-backed operations are to be conducted as part of Operation Claw-3 in northern Iraq's Zap and Sinat-Haftanin provinces neutralized five terrorists who were preparing for attacks.
On May 27, Turkey launched Operation Claw against the PKK in the Hakurk region of northern Iraq. The ongoing offensive has eliminated dozens of terrorists. The operation has encompassed various phases -- namely Operation Claw-2, launched on July 12, and Operation Claw-3, launched on Aug. 23. All offensives have been designed to ensure security along the Iraqi border, especially the area running between southeastern Turkey's Şırnak and in northern Iraq's Sinat-Haftanin provinces.
All three operations have secured an area of 370 kilometers, preventing terrorists from entering Turkey or gaining a foothold in the region, which had served as the main base for the terrorists between the Turkish border and their headquarters in the Qandil mountains near the border with Iran.
Meanwhile, the Interior Ministry also announced Saturday that a new operation had been launched against PKK terrorists in the eastern province of Turkey. Operation Kıran-7 will involve 2,250 gendarmerie and police special operations personnel and targets terrorists in Turkey's Munzur Valley.
On Aug. 17, Turkey launched Operation Kıran against PKK terrorists in Van, Hakkari, and Şırnak provinces, followed by the launch of Operation Kıran-2 on Aug. 27 in Mardin, Şırnak and Batman provinces. The third phase of the operation was launched on Sept. 21 against terrorists in Bestler-Dereler and Herekol regions of Şırnak and Siirt provinces. On Sept. 24, Operation Kıran-4 was launched in the eastern Kars, Ağrı, and Iğdır provinces, followed by Operation Kıran-5 in the eastern Diyarbakır, Bingöl and Muş provinces on Nov. 8. Operation Kıran-6 was launched on Nov. 13 in the rural areas of Van, Hakkari, and Şırnak provinces.
In its over 30-year campaign of terror against Turkey, the PKK -- listed as a terrorist organization by Turkey, the U.S. and the EU -- has been responsible for the deaths of 40,000 people, including women, children, and infants.
Last Update: Dec 20, 2019 1:52 am