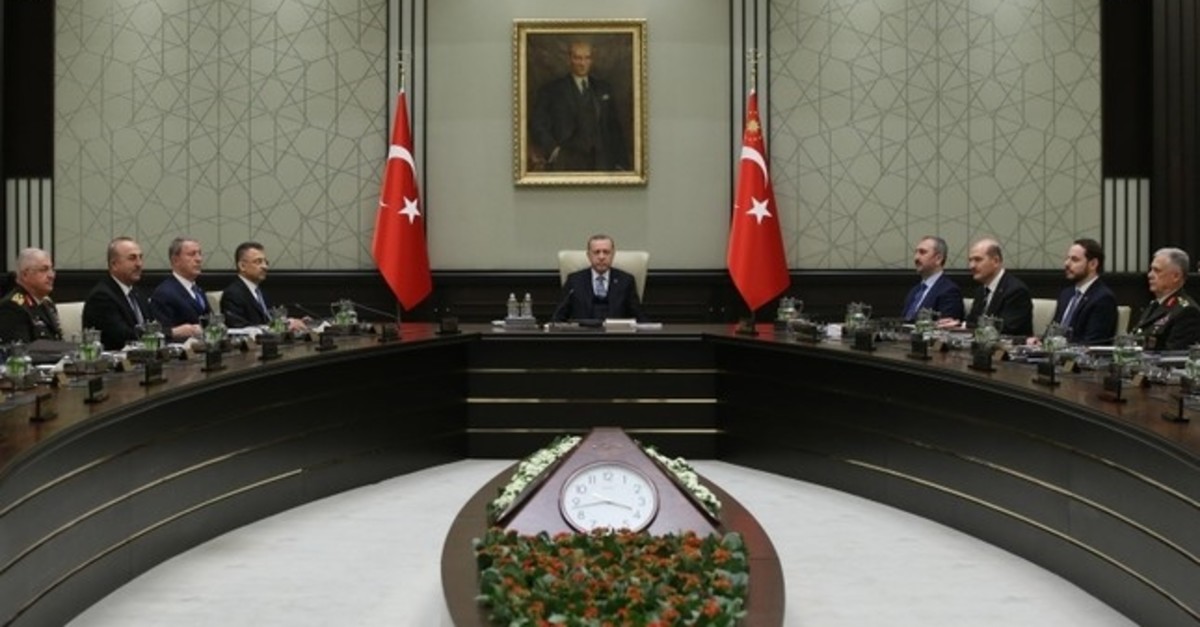 Turkey has called on the U.S. and Russia, the partners to two relative agreements that paused Turkey’s Operation Peace Spring, to complete the withdrawal of PKK’s Syrian wing, the People’s Protection Units (YPG), terrorists from the safe zone in accordance with the respective deals.

“For the implementation of the safe zone, it was reiterated that Turkey expects the sides to the agreements to complete withdrawal of terrorists from the areas including Tal Rifaat and Manbij,” the National Security Council (MGK) said in a statement late Tuesday.
Ankara and Washington reached a deal on Oct. 17 to pause the operation for 120 hours to allow the withdrawal of YPG/PKK terrorists from a planned northern Syria safe zone. Turkey also reached an agreement with Russia to allow the YPG/PKK terror group to withdraw from the safe zone.

“We hereby call on the international community to support Turkey that aims to reinstate peace and welfare for the Syrian people, without any ethnic or religious discrimination,” the statement added.
Turkey wants to repatriate some 2 million Syrian refugees it is currently hosting to the zone after clearing it of terrorists.
In its more than 30-year terror campaign against Turkey, the PKK – listed as a terrorist organization by Turkey, the U.S. and the European Union – has been responsible for the deaths of over 40,000 people, including women, children and infants.

Also touching upon the allegations regarding 1915 events, the MGK said that “it is high time that we unveiled the truths.”

“We strongly condemn the resolutions relying on baseless accusations, which lack any historical or legal basis regarding the 1915 events.”
A Republican lawmaker last week blocked a U.S. Senate resolution recognizing the 1915 events as "Armenian genocide," the second time in a week.

Senator David Perdue prevented a bipartisan effort to pass the resolution by unanimous consent, arguing that its passage during a sensitive period "would undermine the administration's commitment to overcoming real challenges in our bilateral relationship with Turkey."