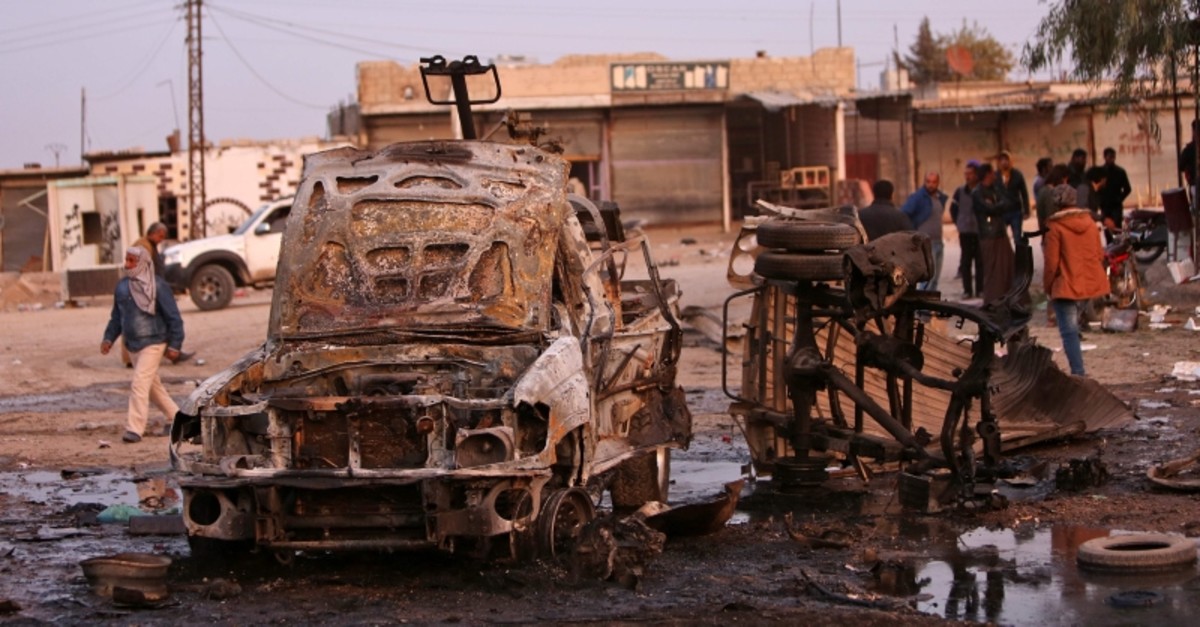 A picture taken on November 26, 2019 shows destroyed vehicles following a car bomb attack at a local market in the Turkish-held Syrian town of Tel Hal along the border with Turkey in the northeastern Hassakeh province, on Nov. 26, 2019. (AFP Photo)
by Daily Sabah Nov 26, 2019 7:07 pm

"The PKK/YPG terror organization, which is no different from Daesh, continues to slaughter innocent civilians," the Ministry said. 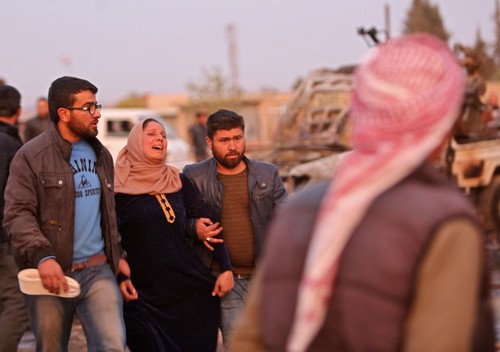 "The baby killers this time killed 17 people and injured 20 others," it added.

YPG has recently ramped up its terror attacks against civilians.

This attack has been the latest in a series of attacks, which took place in Tal Abyad, Azaz and other towns in northern Syria. 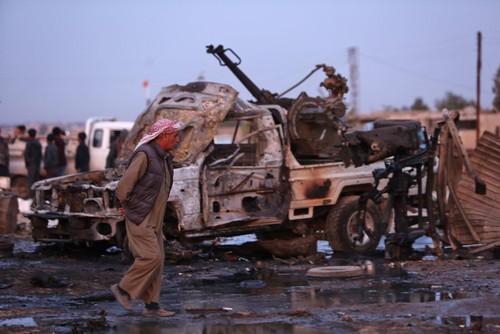 Operation Peace Spring was launched on Oct. 9 to eliminate the YPG/PKK from northern Syria east of the Euphrates River in order to secure Turkey's borders, aid in the safe return of Syrian refugees, and ensure Syria's territorial integrity.

Ankara and Washington reached a deal on Oct. 17 to pause the operation for 120 hours to allow the withdrawal of YPG/PKK terrorists from a planned northern Syria safe zone. 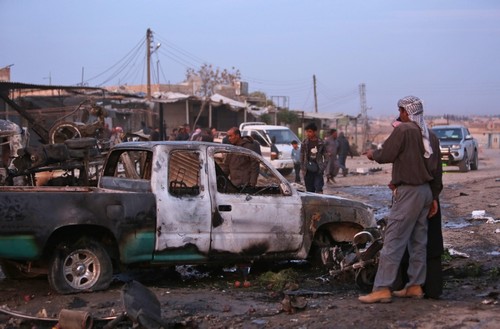 On Oct. 22, Turkey also reached an agreement with Russia to allow the YPG/PKK terror group to withdraw from the safe zone.

Turkey wants to repatriate some two million Syrian refugees it is currently hosting to the zone after clearing it of terrorists.

In its more than 30-year terror campaign against Turkey, the PKK – listed as a terrorist organization by Turkey, the U.S. and the European Union – has been responsible for the deaths of over 40,000 people, including women, children, and infants.