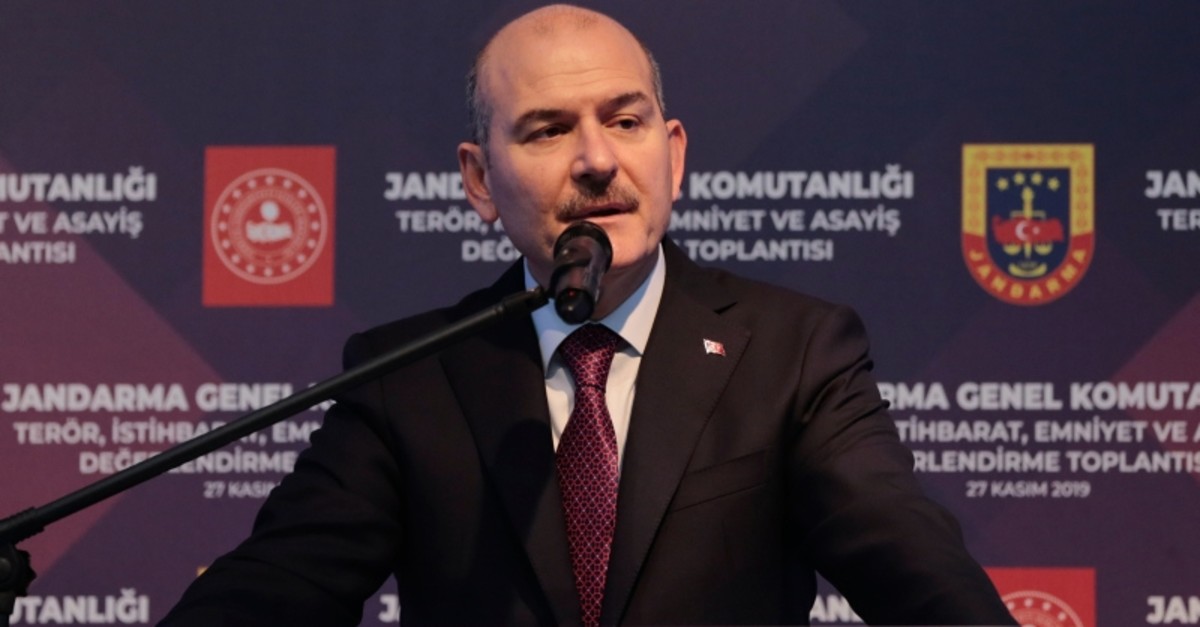 ''There are only around 500 PKK terrorists left in Turkey,'' Soylu said while speaking at a gendarmery command meeting.

"We will make all preparations and use all our capacity to eliminate these 500 terrorists in 2020," he added.

Regarding Tuesday's devastating earthquake in Albania, Soylu said Turkey will do whatever it can to alleviate the suffering of the Albanian people. Soylu added that he talked to Albania's Interior Minister after the disaster took place.

Soylu also said that necessary measures were taken to transfer Turkish citizens back to Turkey.

At least 20 people have died and 600 people have been injured in the earthquake, according to Albanian authorities.

The quake struck Durres at 3:54 a.m. (0254GMT), according to Albania's Geosciences, Energy, Water and Environment Institute.

It was felt in other cities, particularly the capital Tirana, as well as in North Macedonia, Kosovo and Montenegro.