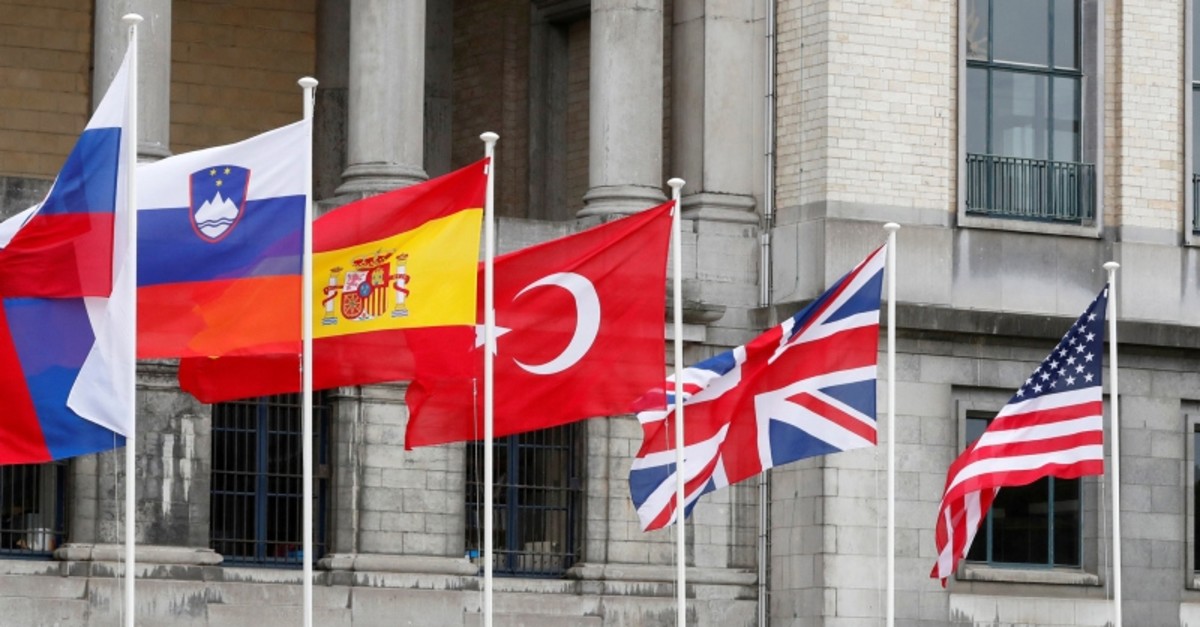 Ankara has refused a NATO defense plan for the Baltics and Poland after the U.S. rejected a defense plan concerning Turkey, which recognizes the People's Protection Units (YPG) and PKK as national threats.

The deadlock comes at a time when NATO is preparing to hold its 70th-anniversary summit in London next week. If not solved, it could put further strain on Ankara-Washington relations.

If the defense plan concerning Turkey is published, it would mean the U.S. could be held legally responsible for supporting the terrorist organizations, according to Turkish authorities.

Diplomatic sources told Daily Sabah that these plans have been ratified and the threats mentioned in the plans include the YPG and PKK. Yet, even though the plan has been ratified, the U.S. and a few other countries rejected it.

The defense plan could not be published despite the approval. In reaction, the Turkish authorities reacted by saying that "If Turkey’s plan is not published then we will not allow the other one.”

Accordingly, the issue came up at the NATO Foreign Ministers meeting held on Nov. 20. The Turkish delegation demanded that the same level of sensitivity be shown to Turkey as was for the report prepared for the Baltics.

Sources also stressed that NATO Secretary-General Jens Stoltenberg was making efforts to solve the issue and that the Turkish side was open to suggestions. He hoped to hold a meeting on the issue before his visit to Turkey, yet even though the Turkish delegation was present, the U.S. did not show up.

The Turkish side emphasizes that efforts to deliver a solution continue but that no outcome has yet been reached.

Asked about the issue, NATO spokeswoman Oana Lungescu told Reuters that “NATO has plans for defending all allies. NATO’s commitment to the safety and security of all allies is unwavering.”

Presidential Spokesperson Ibrahim Kalın also touched upon the summit Tuesday indicating that the safe zone and migration issues are being followed by Europe closely. “We saw that certain European countries reacted after our border in Syria was cleared of terrorists and especially after Operation Peace Spring. We explained and will continue to explain that this has no right grounds, that we do not fight civilians, Kurds or minorities there, but the terrorist elements.”
Kalın urged Turkey's allies to take threats against Turkey's national security seriously.
"Turkey is a strong member of NATO with the second-largest army in it and wants to join the EU as a full member. But the allies must take threats against Turkey’s national security seriously and work in partnership to overcome them," Kalın said.

Turkey launched a military operation in northern Syria last month to clear the region of YPG terrorists and create a safe zone along the border. Several NATO members, including the U.S., France and Germany, criticized the operation, expressing concerns over a potential humanitarian crisis and wider instability in the region.

Turkey has said the terrorist group PKK and its Syrian extension the YPG constitute the biggest threat to Syria's future, jeopardizing the country's territorial integrity and unitary structure. Most of northeastern Syria is controlled by the U.S.-backed Syrian Democratic Forces (SDF), which is dominated by YPG terrorists. Turkey has also stressed that supporting terrorists under the pretext of fighting Daesh, as the U.S. has done, is unacceptable.