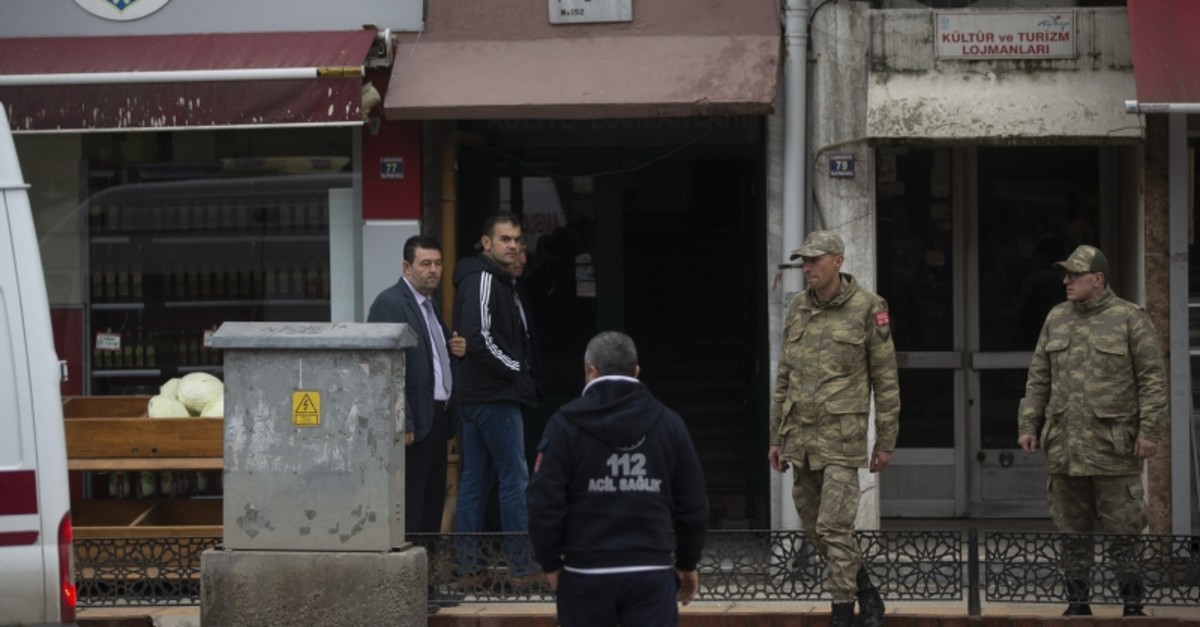 |Edirne Gouverneur Ekrem Canalp extending his condolences to the spouse of one of the killed soldiers. (AA Photo)
by Daily Sabah with AA Nov 28, 2019 2:26 pm

Two soldiers were killed in a mortar attack on a border post in the southeastern Şanlıurfa province of Turkey on Wednesday, according to the country's National Defense Ministry yesterday.

A statement by the ministry said the Turkish security forces retaliated after the attack and that operations were ongoing in the region.

On Wednesday night, a mortar was shot at a border police station in the Akçakale district from Syria’s Tal Abyad province by the PKK’s Syrian affiliate, the People’s Protection Units (YPG). The bomb's detonation killed two soldiers and wounded two others. Following the attack, Turkish forces heavily bombarded the area from which the bomb was sent.

On Oct. 9, Turkey launched Operation Peace Spring to eliminate terrorists from the area east of the Euphrates river in northern Syria to secure Turkey’s borders, aid in the safe return of Syrian refugees and ensure Syria’s territorial integrity.

Ankara has reached two separate deals with the U.S. and Russia to pause the operation to allow YPG/PKK terrorists to withdraw from a planned safe zone, where Turkey wishes to facilitate the voluntary return of refugees.

Nevertheless, the terrorists continue to terrorize the region with both harassment fire at the Turkish border and attacks in northern Syria.