'The PKK lied to us, worked us like slaves': 2 surrendered terrorists tell it all 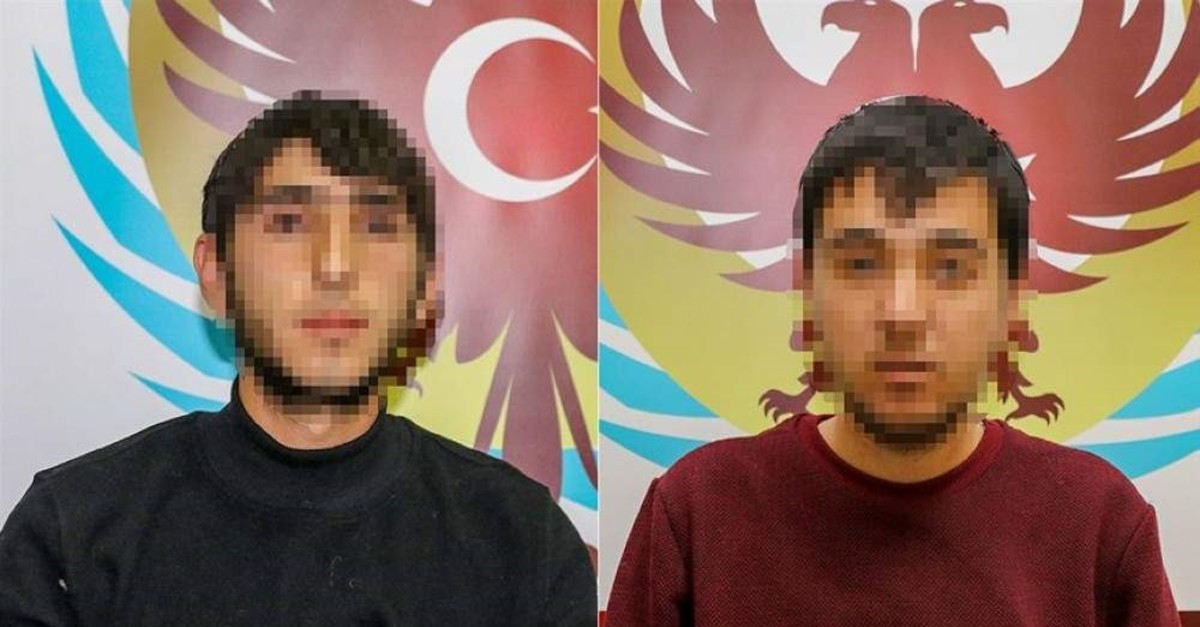 | AA Photo
by Daily Sabah with AA Nov 30, 2019 9:30 pm
Two PKK terrorists who recently surrendered to Turkish security forces in eastern Van province shared with the world what they experienced while in the ranks of the group and what drove them to escape.
The terrorist identified as A.K. told Anadolu Agency that he was brought to the terror group after a friend suggested he get in contact with certain people on social media four years ago. He was tasked to carry provisions but was worked like a slave in the terror group's camps in the name of “freedom”.
“We were working while they were eating and drinking,” A.K said, expressing his annoyance that the seniors were having a good time, drinking, eating and driving places, while they were worked to the bone. After seeing the ugly truth of the terror group, he said he wanted to plan his escape constantly and stressed that many people shared the same thoughts.
“As much as I could see, there are many who want to flee,” A.K. said, calling on families to protect their children. “I left five years of my life with them,” he said, thanking the Turkish security forces for their tremendous help.
He said Turkey’s latest anti-terror operation, Operation Peace Spring, caused pressure and panic within the group. He went on to say that he initially couldn’t trust M.K, who he eventually opened up to and surrendered together.
“At the time of Operation Peace Spring, they brought us to civilians homes. There they had a computer,” A.K. said, explaining that the terror organization forbid members from using the internet or phones, not giving them permission to get in contact with their families. Thanks to the computer, they opened up a social media account and got in contact with their families. Eventually, Turkish security forces also contacted them, helping them escape the heinous group's clutches.
M.K. said he was 18 when he joined the group, and soon after he realized that they had been lied to. “After a week, we escaped with three people but we were caught as we didn’t know the way,” he said.
PKK members made young recruits work in caves and had them carry very heavy loads. "They were too heavy for me but I did it anyway. I was too scared not to do so."
He said the PKK even had real-life fight clubs where they gave teenagers guns and made them fight, causing many to be killed in these duels.
The so-called seniors of the terror organization also lied at every opportunity, he said, telling new recruits that they would be tortured by the Turkish forces if they were arrested. M.K. said he was surprised by how kind Turkish security forces were, and they weren't tortured by them as they had been made to believe, let alone hear a bad word.
“Whoever wants to escape should come and save themselves,” M.K. said.
Pointing to his experience before Operation Peace Spring was launched, he said: “They kept saying ‘we will end the Turks in Syria, we will end the state of Syria.’ But it never happened. Apart from many deaths, the PKK gained nothing," he said, adding that many fled the region as operation caused a major split in the organization.
Turkey launched Operation Peace Spring, the third in a series of cross-border anti-terror operations in northern Syria targeting terrorists affiliated with Daesh and the PKK's Syrian offshoot the People's Protection Units (YPG).
Last Update: Dec 20, 2019 2:02 am
RELATED TOPICS