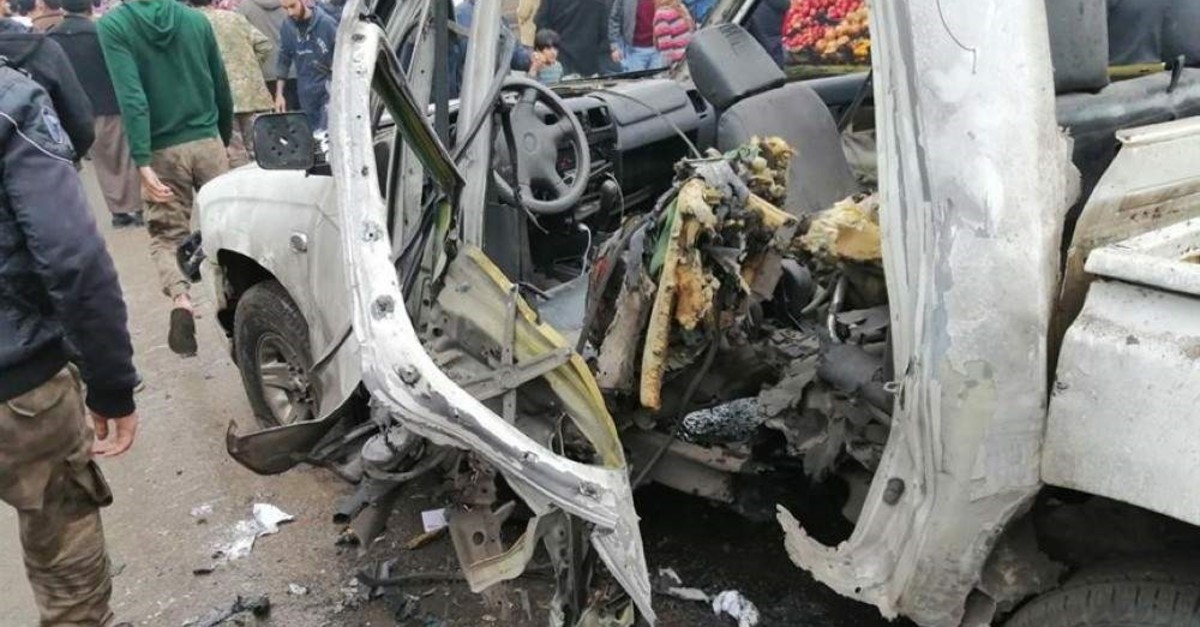 Nine civilians, including a child, were injured when a car bomb was detonated in the Syrian town of Jarablus -- a town controlled by the Turkish-backed Free Syrian Army (FSA) in cooperation with Turkey's Operation Euphrates Shield --- the Turkish Defense Ministry said in a statement Saturday.

The statement said that the bomb was detonated by the PKK terrorist group’s Syrian offshoot the People’s Protection Units (YPG).

Meanwhile, seven civilians were injured in a separate attack by the YPG terrorists carried out in the northern village of Ain al-Arous near the town of Tal Abyad.

Jarablus was liberated from Daesh terrorists by Turkey's Operation Euphrates Shield in September 2016. The operation, which concluded in March 2017, was meant to clear terrorists from areas of Syria bordering Turkey.

The PKK-linked terrorist group continues to target civilians in opposition-controlled areas. Most recently, on Oct. 5, some 16 civilians were injured in simultaneous attacks using motorcycles rigged with explosives across northern Syria while four people, including civilians, were also injured when a car bomb exploded the same day in Jarablus. The attacks were followed when on Nov. 25, the PKK-affiliated YPG terror group killed two civilians, critically injuring three others, in the city of Azaz in northern Syria when the terrorists detonated a car bomb outside the bus terminal in Azaz city center.

Azaz was liberated from Daesh terrorists by the Turkish military and allied Syrian opposition forces as a part of Operation Euphrates Shield as well. Since, the town has seen the return of refugees as well as intensive Turkish relief efforts.

Over the course of the last three years, Turkey's Operation Euphrates Shield, Olive Branch and Peace Spring have worked to cleanse the northern Syrian region of YPG and Daesh terrorists, allowing hundreds of thousands of displaced civilians to return to their homes.