Traces of terrorism cleared out of schools in Ras al-Ayn 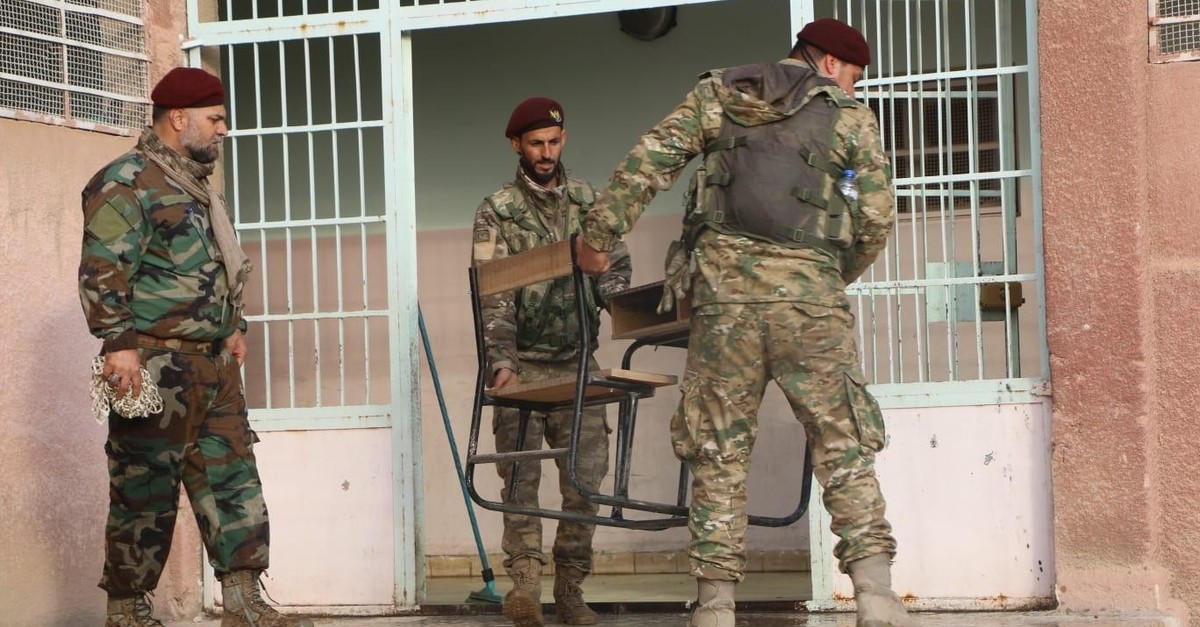 | IHA Photo
by Daily Sabah with AA Dec 02, 2019 3:56 pm
Liberated provinces in the north of Syria which have been gradually rebuilding after the retreat of terrorist elements from their regions can now look forward to a new set of school buildings in the town of Ras al-Ayn.
Al Afaf Primary School was converted into one of the main headquarters of the PKK’s Syrian affiliate People’s Protection Units (YPG) for the region. However, following the arrival of the Turkish military and Syrian National Army (SNA) to the region thanks to Operation Peace Spring in October, efforts to restore the school the function is continuing unabated.
Anadolu Agency (AA) footage released yesterday showed improvements that have been made thanks to the reconstruction efforts of the SNA. The group is aiming for the school to be up and running by the start of the next school semester. The footage showed the building in a dire state, being cleared of all the terrorist elements, including terrorist flags, as well as the efforts being made to restore electrical lines and sanitize desks and classrooms.
Turkey launched Operation Peace Spring on Oct. 9 to eliminate terrorist YPG elements east of the Euphrates River in order to secure Turkey's borders, aid in the safe return of Syrian refugees and ensure Syria's territorial integrity. As part of the operation, on Oct. 12, Ras al-Ayn was officially freed of terrorist elements. However, immediately after the liberation, it was revealed that many schools had been converted into military bases by the YPG, with some even hosting tunnels for terrorists to hide in and escape.
"Our heroic soldiers, together with our government institutions, continue their coordinated efforts in evaluating and identifying the needed repairs and restoration works for local schools destroyed by PKK/YPG terrorists in the Operation Peace Spring area," the Turkish Defense Ministry said on Nov. 13, expressing Turkey’s official stance on the issue.
Milad Hammud, a commander in the SNA, told AA that they would be trying to reopen the schools that had been destroyed by the YPG.
“We are in the region to carry out security and service work. We are ready to do anything for the future of our children,” he said.
The SNA's success has been praised by locals appreciating their efforts to normalize the situation.
“Stores are starting to reopen. The reconstruction efforts have already started,” said a local shop owner Ahmad Salem.
Salem also expressed that life in the province was quickly returning to normal while calling the displaced people to return to their hometown.
Last Update: Dec 20, 2019 2:05 am
RELATED TOPICS