YPG members will be pardoned if they surrender to Syrian National Army, official says 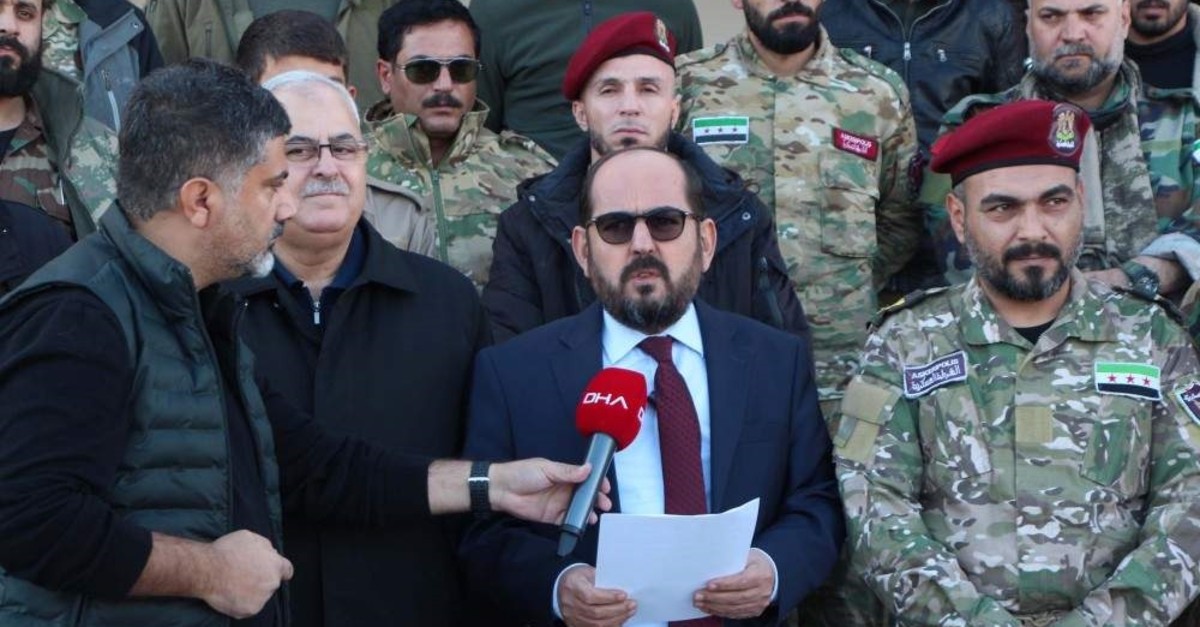 Abdurrahman Mustafa, head of the Syrian Interim Government, speaks to reporters. (DHA Photo)
by Daily Sabah with DHA Dec 05, 2019 12:43 am

Those forcibly recruited into the PKK's Syrian offshoot the People’s Protection Units (YPG) and those who have not committed any crimes on behalf of the terror group will be granted amnesty, a Syrian opposition official said Wednesday.

Abdurrahman Mustafa, head of the Syrian Interim Government visited areas cleared from terrorists in Syria’s Ras Al-Ayn, neighboring the Turkish border town of Ceylanpınar in southeastern Şanlıurfa province. During his visit, Mustafa told reporters that they will grant amnesty to the members of the terror group members if they surrender to the Syrian National Army (SNA).

Mustafa highlighted the importance of Operation Peace Spring – launched by the Turkish Armed Forces and backed by the SNA – in clearing terrorist elements from the east of the Euphrates River, where the PKK-linked YPG terrorists had control, as well as its role in bringing peace and security to the people of the region while ensuring the safe return of refugees.

“We call upon every component of the Syrian nation to stand shoulder to shoulder and set out on a new path toward a bright future full of peace, honor and freedom,” he noted.

As part of Operation Peace Spring, Ras al-Ayn was officially freed of terrorist elements on Oct. 12, three days after the anti-terror operation was launched.