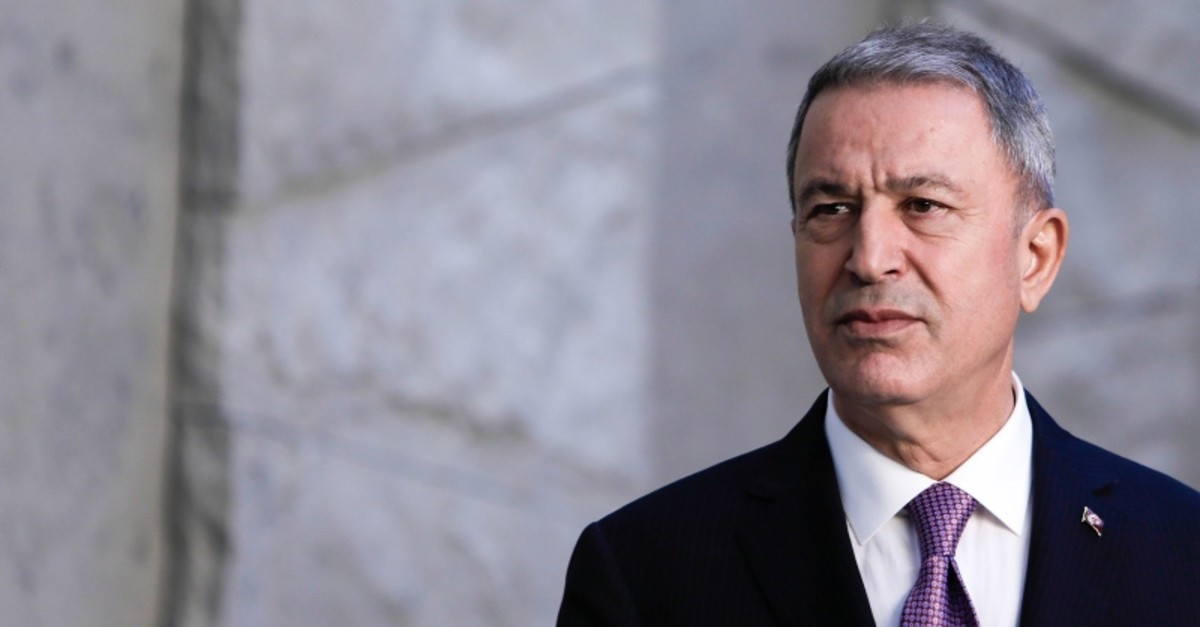 | AFP Photo
by Daily Sabah Dec 06, 2019 6:33 pm
A consensus could not be reached at the recent NATO summit and members left Turkey alone in its fight against terrorism, Defense Minister Hulusi Akar said on Friday.
“Some parties’ efforts to show Turkey’s initiatives for its national security as proof that we are ignoring NATO do not make sense,” he also said.
On Oct. 9, Turkey launched Operation Peace Spring to clear PKK-linked People’s Protection Units (YPG) terrorists from areas east of the Euphrates in northern Syria to secure Turkey's borders, aid in the safe return of Syrian refugees and ensure Syria's territorial integrity.
As agreed in two separate deals with both the U.S. and Russia, Turkey has temporarily halted the operation to allow for the withdrawal of YPG terrorists from the proposed safe zone inside Syria.
Ankara wants YPG terrorists to withdraw from the region so a safe zone can be created to pave the way for the safe return of some 2 million refugees from Turkey.
Underlining that Turkey fulfills its obligations within the bloc, Akar said Turkey supports the NATO with both its military and economic resources.
A member of the bloc since 1952, Turkey boasts NATO's second-largest army after the U.S. It is also currently one of the countries that contributes the most to NATO missions and operations using advanced technology on land, at sea, and in the air.
Foreign Minister Mevlüt Çavuşoğlu also said on Friday that Ankara did not make any concessions at the recent NATO leaders' summit, noting that Turkey's approval of NATO's Baltics defense plan was dependent on the alliance's recognition of the threat posed by the YPG in northern Syria.
Çavuşoğlu's remarks came amid his visit to Rome, where he is currently attending the fifth edition of the Mediterranean Dialogues (MED) conference.
Last Update: Dec 20, 2019 2:12 am
RELATED TOPICS