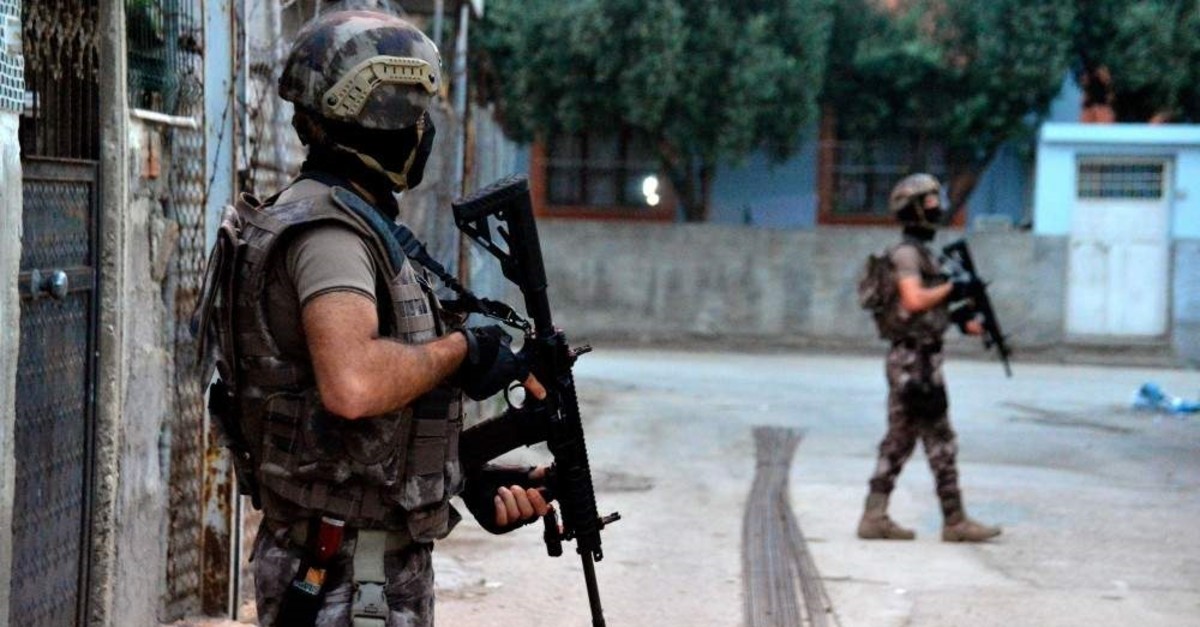 Security forces have detained a suspected People's Protection Units (YPG) terrorist who unlawfully crossed into Turkey from Syria and was going to allegedly assassinate an acting district mayor in Turkey’s southeastern Şanlıurfa province, the Interior Ministry said in a statement Wednesday.

Three others suspected of aiding and abetting the YPG terrorist were detained in the raids, the Interior Ministry said.

The suspected terrorist told interrogators that he illegally entered Turkey several days ago and was planning to carry out an attack against the acting Suruç district mayor.

He continued by saying that a YPG terrorist codenamed Şaban told him to cross the border to carry out the attack. Şaban gave him $2,100 and said he would be given $10,000 in total if he completed the task, according to the testimony.

Police confiscated all materials found during the raids and brought them to the Şanlıurfa Security Directorate for investigation.

The PKK terrorist organization resumed its decades-old campaign in July 2015 after a three-year cease-fire collapsed. Since then, more than 1,200 people, including security personnel and civilians, have lost their lives in PKK attacks. During the process, some HDP municipalities directly or indirectly supported these violent terrorist activities. The HDP has many times drawn fire for transferring taxpayer money and funds to the PKK, a globally recognized terrorist group. HDP mayors and local officials have been found to misuse funds in support of the PKK terrorist group and provide jobs to PKK sympathizers.

In its more than 30-year terror campaign against Turkey, the PKK – listed as a terrorist organization by Turkey, the U.S., and the EU – has been responsible for the deaths of 40,000 people, including women, children and infants.

Operation Peace Spring was launched on Oct. 9 to eliminate the YPG/PKK from the area east of the Euphrates River in northern Syria in order to secure Turkey's borders, aid in the safe return of Syrian refugees and ensure Syria's territorial integrity.
On Oct. 22, Ankara and Moscow reached a deal under which YPG/PKK terrorists were to pull back 30 kilometers south of Turkey's border with Syria within 150 hours, and security forces from Turkey and Russia would mount joint patrols there.