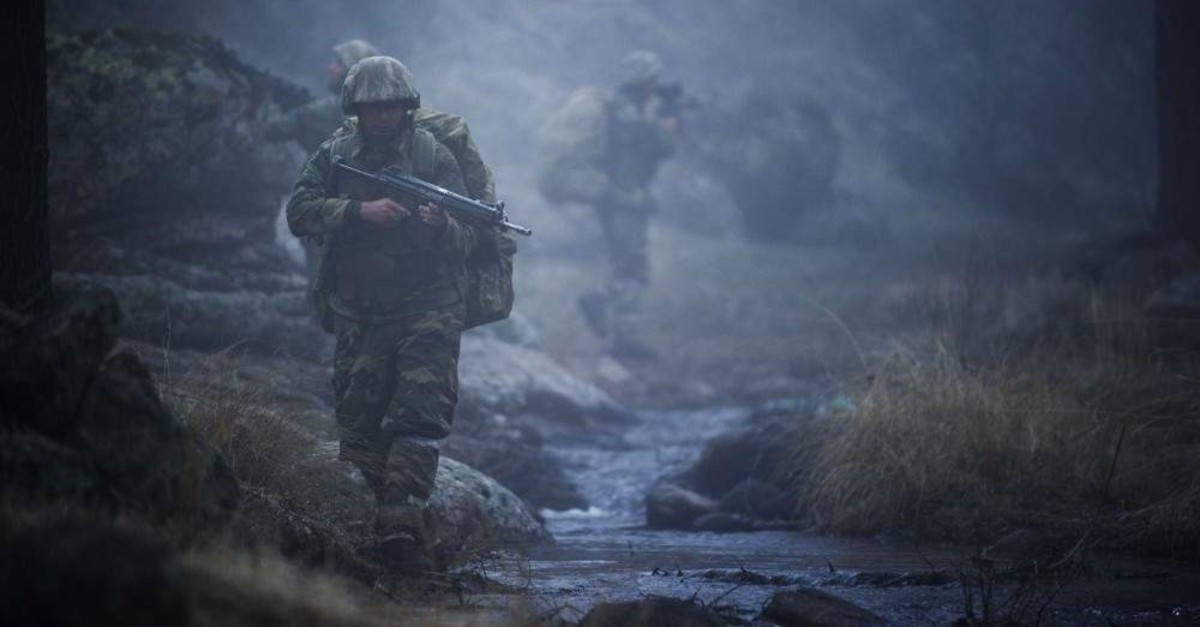 | Defense Ministry Photo
by Daily Sabah Dec 12, 2019 1:12 pm
Five terrorists fleeing the PKK in Iraq and Syria have surrendered to Turkish security forces near the border, the Defense Ministry said Thursday.
One of the terrorists fled the PKK’s Syrian offshoot, the People’s Protection Units (YPG), in northern Syria and surrendered to the Nusaybin border post in southeastern Mardin province.
The other four terrorists fled the PKK’s hideouts in northern Iraq and surrendered to security forces in Şırnak’s Silopi district, the ministry said, without announcing the names of the terrorists.
Earlier this week, a PKK terrorist who surrendered to security forces met with his family, who had been protesting the terrorist organization's abduction of their children in front of the Peoples’ Democratic Party (HDP) headquarters in Diyarbakır.
According to a statement from the Interior Ministry on Nov. 26, the dissolution of the PKK has recently accelerated thanks to successfully conducted counterterrorism operations in Turkey and abroad.
The statement said significant numbers of terrorists have started fleeing the PKK and surrendering. More than 235 terrorists surrendered to Turkish security forces in 2019.
Once the terrorists surrender, they are provided many opportunities, including the right to education and the freedom to live without fear and oppression.
They are not ill-treated, are able to contact their families freely and are provided with essential judicial assistance. The Turkish state offers a variety of services to ensure their integration back into society.
According to their statements, the ringleaders of the PKK terror group risk the lives of other terrorists to save their own lives and threaten those planning to surrender with torture.
In its more than 30-year terror campaign against Turkey, the PKK – listed as a terrorist organization by Turkey, the U.S. and the European Union – has been responsible for the deaths of nearly 40,000 people, including women, children and infants.
Last Update: Dec 20, 2019 2:20 am
RELATED TOPICS