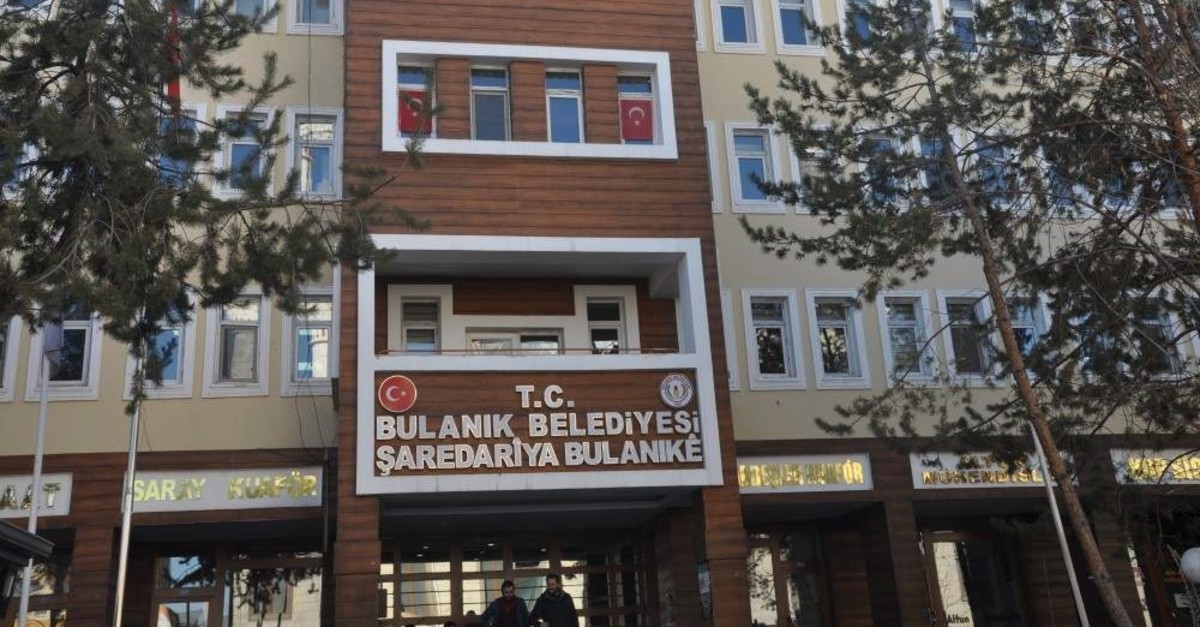 The Interior Ministry has dismissed four mayors over terror links, replacing some with district governors, a statement released by the ministry said Wednesday.

İbrahim Burak Oğuz of the main opposition Republican People’s Party (CHP) was serving as Urla district mayor in the province of İzmir before being dismissed for membership of the Gülenist Terror Group (FETÖ). Oğuz was detained on Monday over links to senior FETÖ members.

Urla District Gov. Önder Can will serve as the acting mayor of the district, as per the requirements of 127th article of the Constitution and the 45th and 46th articles of the Municipal Law, the ministry said.

Oğuz was a board member of the now-defunct İzmir Young Businessmen's Association (İGİD), and had allegedly hosted FETÖ meetings and communicated with top figures.

FETÖ, as an organization, has a penchant for attempting to place members within political parties. So far, authorities have accused four advisers of CHP Chairman Kemal Kılıçdaroğlu links to FETÖ. One of them, Ahmet Caner Yenidünya, who was also nominated for a parliamentary seat for the CHP in 2015, was dismissed from his post at a university in Istanbul for his links to the terrorist group. Fatih Gürsul, another adviser, was convicted of FETÖ membership and sentenced to 10 years in prison.

The HDP has often drawn fire for transferring taxpayer funds to the PKK, a globally recognized terrorist group. HDP mayors and local officials have been found to have misused funds in support of the group, providing jobs to PKK sympathizers.

Its mayors have also been accused of undermining municipal services, by allowing the PKK to dig ditches on streets in order to better launch attacks on police and soldiers. This has been the case since the terrorist group adopted an urban warfare strategy in July 2015, ending a two-year period of reconciliation. HDP municipalities and their staff were also found to be actively participating in terrorist attacks launched after July 2015.

As a result, Turkey has removed the elected administrations of 93 municipalities in the region for their links to the PKK terrorist group and appointed trustees to these municipalities in 2016 in the aftermath of the coup attempt launched by FETÖ.

Municipalities run by the HDP have aided terrorists in various towns and cities by allowing trenches to be dug and barricades to be erected, manned by local sympathizers and young people. Mainly deployed in the southeastern Diyarbakır, Şırnak and Mardin provinces, this strategy led to the destruction of entire neighborhoods in clashes with security forces, with the most damage inflicted on Şırnak's city center and in the districts of Sur, Cizre and Nusaybin.