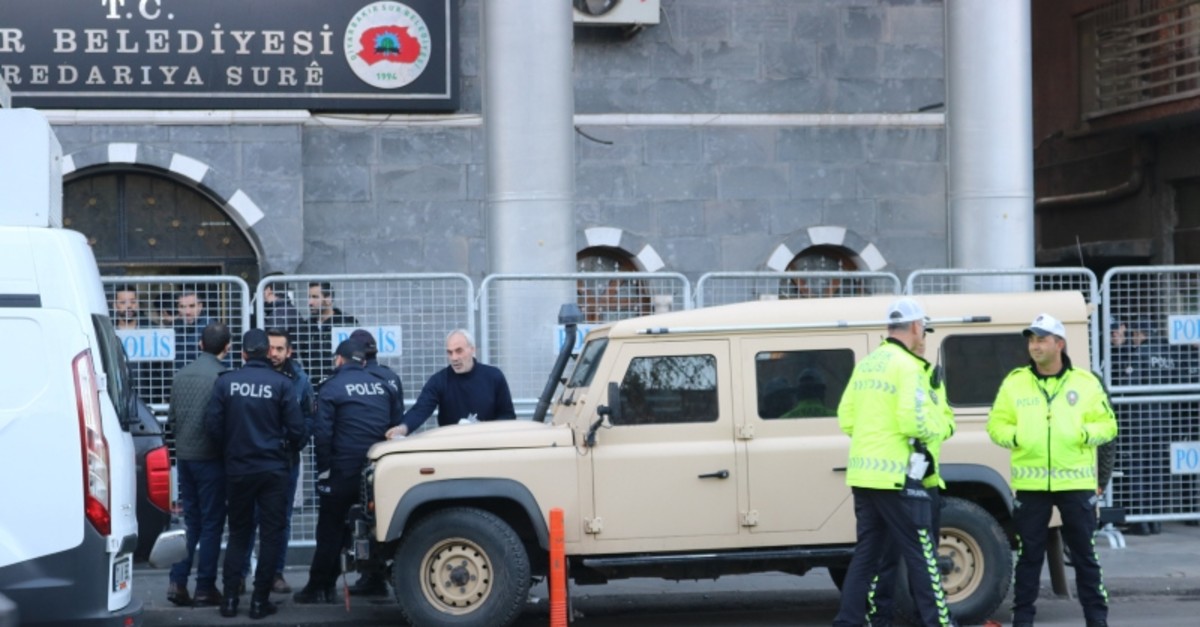 The HDP's Sur mayor, Filiz Buluttekin, was detained as part of various terror probes launched by Diyarbakır Prosecutor's Office. She attended the funerals of PKK terrorists and expressed solidarity with the families, including terrorist Mehmet Yakışır, code-named "Zeynel," the assailant behind the murder of 15-year-old Eren Bülbül.

Bülbül died from gunshot wounds sustained as he helped gendarmes track down PKK members near his home in Maçka, a town 22 kilometers south of the Black Sea city of Trabzon, on Aug. 11. Gendarmerie Master Sgt. Ferhat Gedik, 41, also later died of injuries sustained in the attack.

Bülbül's death led to a public outcry, uniting the country in condemnation of the group, while locals hung Turkish flags from windows and balconies in solidarity. 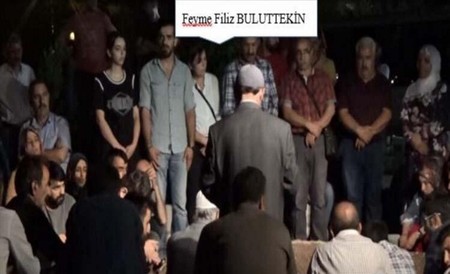 Buluttekin has been accused of embracing support for the terrorist group, who indiscriminately target civilians and security forces alike. On Dec. 4, 2017, Buluttekin attended the funeral of PKK terrorist Hamdusena Atala, who was killed in an anti-terror operation in rural Bingöl. On March 17, she also attended the condolences ceremony of PKK terrorist Zülküf Gezen, who committed suicide while serving a jail sentence at Tekirdağ Prison. Furthermore, she participated in a pro-PKK rally protesting the detention of former Diyarbakır Metropolitan Mayor Adnan Selçuk Mızraklı.

An anonymous witness reportedly told security forces that Buluttekin was actively involved in the PKK's umbrella organization, the Kurdish Communities Union (KCK), and was receiving orders from terrorist Berivan Elter. She also attended a news conference about terrorist leader Abdullah Öcalan on Oct. 9, 2018, and a pro-PKK event on April 4, 2019, the report said.

The PKK resumed its armed campaign against Turkey in July 2015 after a cessation of hostilities. Since then, it has been responsible for the deaths of some 1,200 Turkish security personnel and civilians, including women and children.

Located inside the Diyarbakır Fortress and named after UNESCO-listed city walls only second to the Great Wall of China in length, the Sur district was once famous for its unique architecture, much of which has since been destroyed by terrorists since they unilaterally abandoned the reconciliation process with the Turkish government in the summer of 2015 and took to urban warfare.

It took Turkish security forces 103 days to eliminate the PKK from the district of Sur, carrying out an extensive operation with utmost attention to make sure no civilians were harmed during the process.

Around 4,500 families were forced to flee their homes, while hundreds of traders in the district were forced to shut down or relocate due to the PKK terror onslaught in which homes, stores and other buildings in the area, including historic landmarks, were targeted indiscriminately.

In its over 30-year terror campaign against Turkey, the PKK, listed as a terrorist organization by Turkey, the U.S. and the EU, has been responsible for the deaths of some 40,000 people, including women and children. The terrorist organization is active not only in Turkey but throughout the region, particularly in Syria and Iraq. The Turkish government has repeatedly called on the Iraqi government to eradicate the PKK threat.

Over the course of the process, certain HDP municipalities have directly or indirectly supported these violent terrorist activities. The HDP has often drawn fire for transferring taxpayer money and funds to the PKK, a globally recognized terrorist group. HDP mayors and local officials have been found to misuse funds in support of the PKK terrorist group and provide jobs to PKK sympathizers.

The pro-PKK HDP mayors, who mostly draw from eastern and southeastern provinces and districts, have been replaced by governors, deputy governors and district governors as per the Municipal Law and the Constitution.
Last Update: Dec 21, 2019 11:53 am
RELATED TOPICS