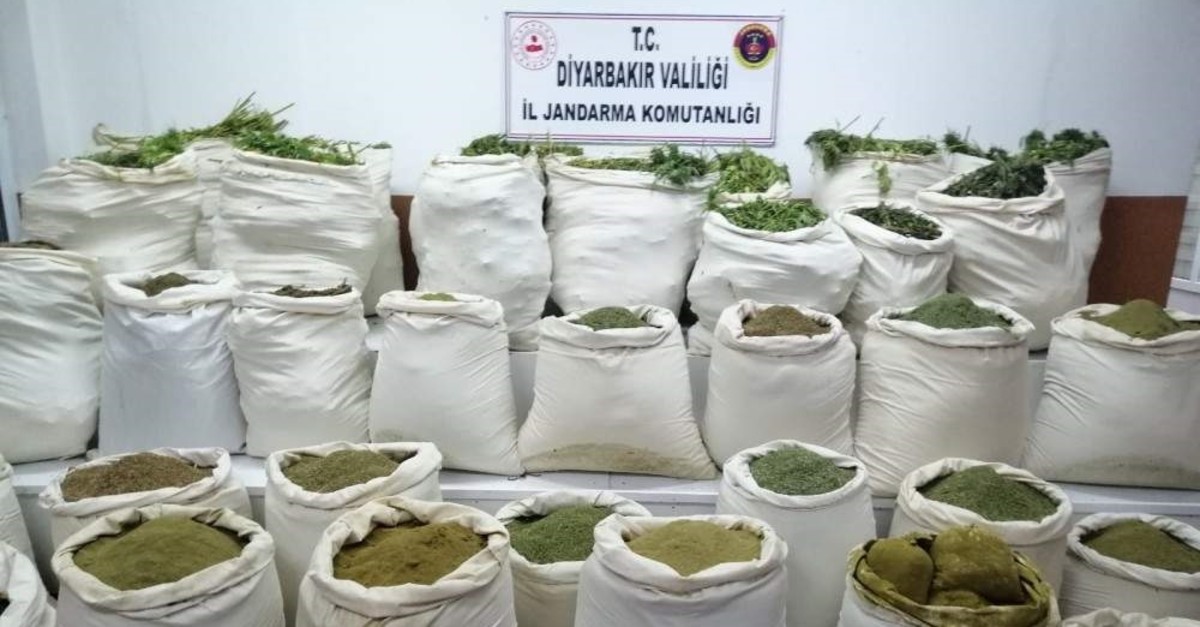 The Interior Ministry on Saturday said a narco-terror operation was launched in the southeastern Diyarbakır province of Turkey, with the participation of hundreds of security personnel.

"Operation Kıran-11 Narco-Terror" seeks to hinder the PKK's winter preparations, neutralize its terrorists based in the region, arrest drug dealers and eliminate its financial sources.

A total of 1,260 personnel – including the special gendarmerie, police forces, and local village guards – participated in the operation based in the Lice district.

Turkey has been fighting narcoterrorism, and this year confiscated over 40 tons of powdered marijuana and hashish, in addition to 40 million cannabis roots. Drug sales and smuggling are among the key financial sources of the PKK terrorist group, which is also among the main groups facilitating drug trade between Asia and Europe.

On Aug. 17, Turkey launched Operation Kıran in the country's southeast against YPG/PKK terrorists in Van, Hakkari and Şırnak provinces, followed by the launch of Operation Kıran-2 on Aug. 27 in Mardin, Şırnak and Batman provinces.

Eight more iterations of the operation followed in eastern and southeastern Turkey, including operations Kıran-9 and Kıran-10 launched Friday in the Mt. Cudi area of the southeastern Şırnak province and Kazan Valley of the eastern Hakkari province, respectively.

A total of 1,990 security personnel, including gendarmerie, police forces as well as village guards, are taking part in the operation.

In its more than 30-year terror campaign against Turkey, the PKK – listed as a terrorist organization by Turkey, the U.S. and the EU – has been responsible for the deaths of 40,000 people, including women, children, and infants. The YPG is the PKK's Syrian branch.