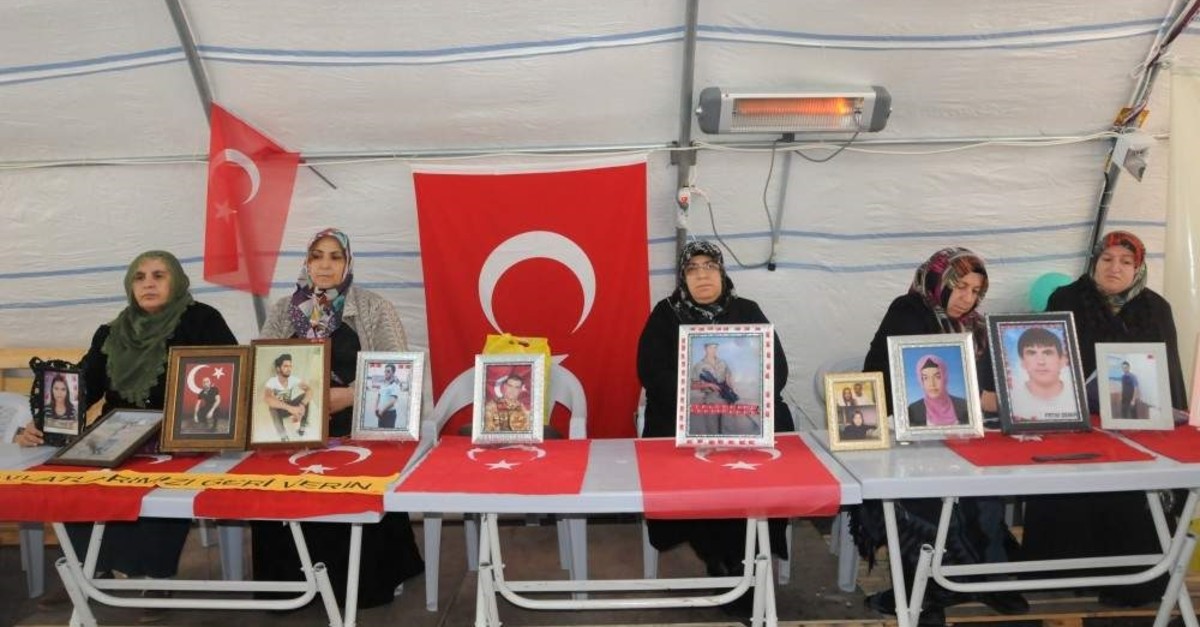 It has been 114 days since Kurdish mothers launched a sit-in protest in front of the pro-PKK Peoples' Democratic Party (HDP) headquarters in southeastern Diyarbakır province with the aim of saving their children, abducted by the PKK, from the clutches of the terrorist group. Making their determination on the issue clear, the mothers continue to ignore the cold and look forward to the day they will be reunited with their children.

Fatma Akkuş, a mother participating in the protests, said that she had not learned of any news about her daughter Songül for five years, she said did not have the strength to withstand it anymore.

"If they have any conscience or mercy, they should give our kids back," she said, calling on her daughter to come home.

Şevket Bingöl, a father seeking the return of his son Tuncay, also said that HDP officials do not heed their demands and warned other families to look after their children.

Stating that he could not reach his son for five years, he said: "I do not know even know if he is alive or dead. HDP members say that they defend Kurds in the Parliament. Then why did they send our kids? They are not Kurdish deputies; they only defend the PKK."

The sit-in protests are seen as a reaction against the outlawed PKK, a terror group that has abducted and recruited their children, as well as the HDP, a political party which many of these families view in league with the PKK.

The HDP, long facing public reaction and judicial probes over its ties to the PKK, is under pressure due to this growing civilian protest movement. Various groups from around Turkey have supported the Kurdish mothers in their cause, with many paying visits to show their support.

Since the beginning of their protest, the mothers have received support from all around the country with almost all segments of society expressing solidarity with their cause. Currently, a total of 57 families are participating in the protests.

The HDP is also known for encouraging young people to join the terrorist organization. That is to say, children abducted by the PKK are first radicalized by the HDP. The would-be recruits are then used as instruments for propaganda and are forced to work.