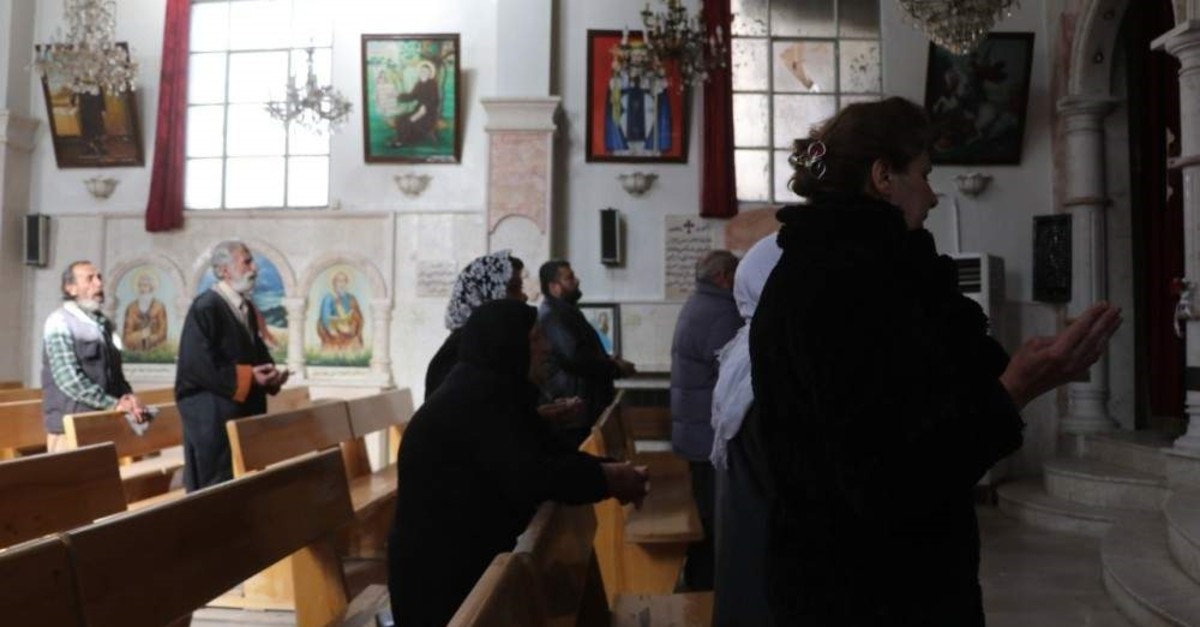 Assyrian Christians celebrated Christmas in Syria's northern town of Ras al-Ayn, which was cleared of terrorists in an operation led by Turkey.

The Syriac Orthodox Church in Ras al-Ayn hosted the Christian community for a Christmas Eve mass in a safe environment.

The Turkish Armed Forces (TSK) and its local ally the Syrian National Army (SNA) eliminated PKK/YPG terrorists from the region with Operation Peace Spring in October.

The terrorists were using churches as training camps as well as to store ammunition. The churches were put under protection and restored following the town's liberation. 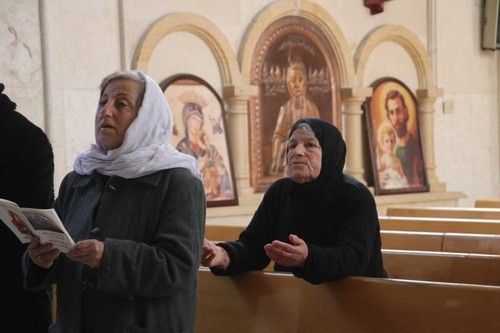 The YPG/PKK terrorists had used civilian houses and places of worship to carry out attacks against the Turkish forces. The terror group favored minarets as positions for their snipers.

The residents gathered in the town's Assyrian Orthodox Church for mass and lit candles.

Ziyad Musa, who attended the mass, told Anadolu Agency: "We celebrated the day in peace and security. Fortunately, we are not prevented from fulfilling our religious duties."

Another resident, Enam Musa, said: "I called civilians who felt compelled to leave the region, saying, 'Ras al-Ayn is safe now.' We can practice our religion safely."

The operation has been paused following two deals with Russia and the U.S. to allow terrorists to withdraw from the region.

In its more than 30-year terror campaign against Turkey, the PKK – listed as a terrorist organization by Turkey, the U.S. and the European Union – has been responsible for the deaths of 40,000 people, including women, children and infants. The YPG is its Syrian offshoot.