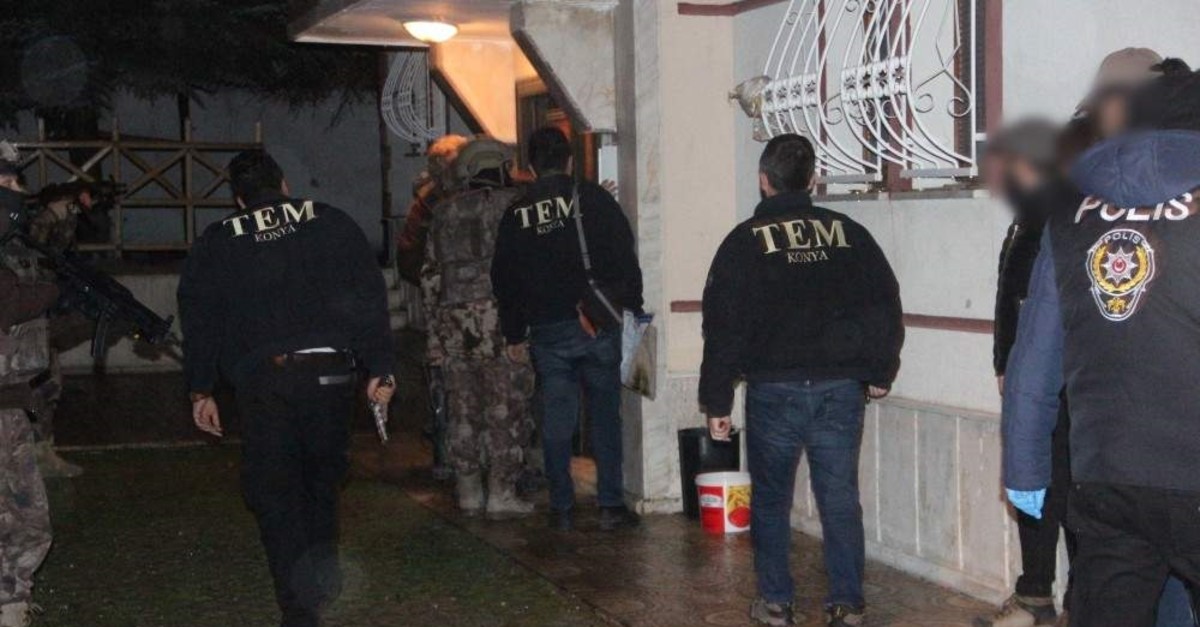 The suspects were in contact with Daesh members in conflict zones, said the sources who spoke on the condition of anonymity due to restrictions on speaking to the media.

They were recruiting militants for the terrorist group, providing funds and were planning to carry out attacks.

After their interrogation, arrest warrants were issued for nine suspects. Police are on the lookout for one suspect still at large.

Authorities are still analyzing the materials confiscated during the raids, police said in a statement.

Police launched the operation after receiving emails containing correspondence between Daesh terrorists, who were talking about recruitment, funding, buying and transporting supplies for a terrorist attack that they were planning to carry out in the city.

In response, Turkey has launched military and police operations inside the country and abroad.

Turkey also captured top Daesh terrorists in operations in counterterror operations at home and in Syria.

According to Interior Ministry figures, at least 2,000 people were arrested and 7,000 others deported in operations against Daesh in Turkey in the past few years, while around 70,000 people have been denied entry to Turkey over their suspected links to the terrorist group.