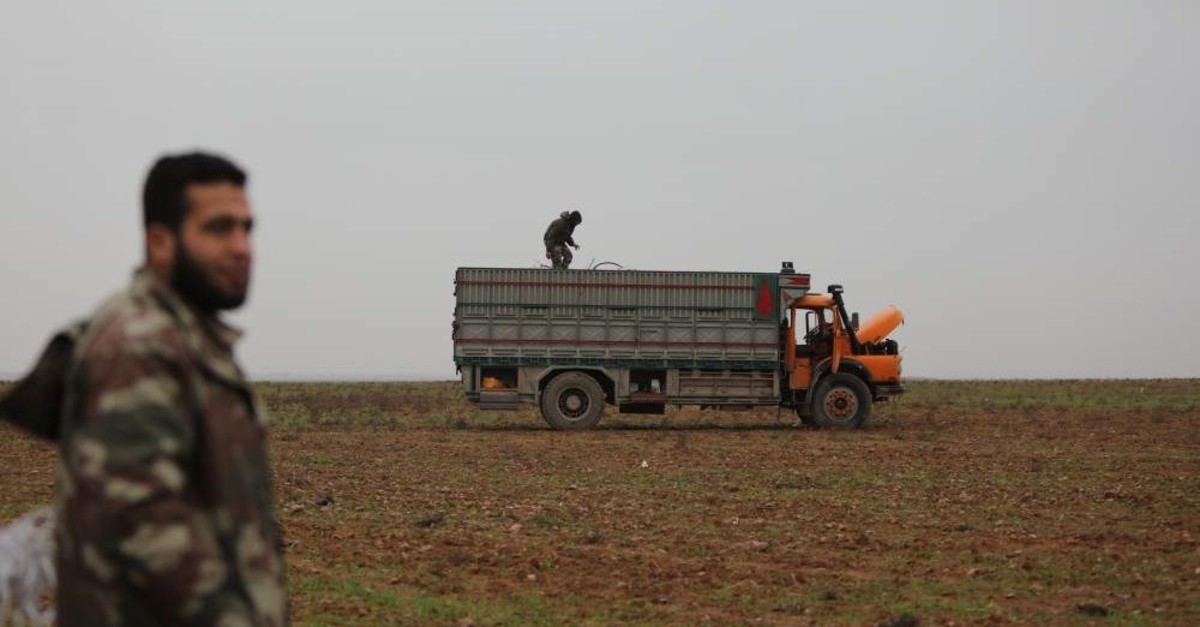 The Syrian National Army (SNA) Thursday foiled a YPG/PKK terror attack in northern Syria when they found a bomb-laden lorry during the sweep-and-clear efforts in Tal Abyad.

Tal Abyad falls within the area of Operation Peace Spring, Turkey's anti-terror operation launched on Oct. 9 to eliminate the PKK terrorist organization's Syrian offshoot, the YPG, from northern Syria east of the Euphrates to secure Turkey's borders, aid in the safe return of Syrian refugees and ensure Syria's territorial integrity.

SNA forces stopped the lorry heading to the district center of Tal Abyad, which was cleared of terrorists with Turkey's operation.

During a search of the vehicle, they found a bomb, which was later detonated in an area away from civilians.

Mohamed Jarrah, a commander in the SNA fighting alongside the Turkish forces in Turkish-led anti-terror operations, said the terror group had previously targeted the civilians with bomb-laden vehicles, as well.