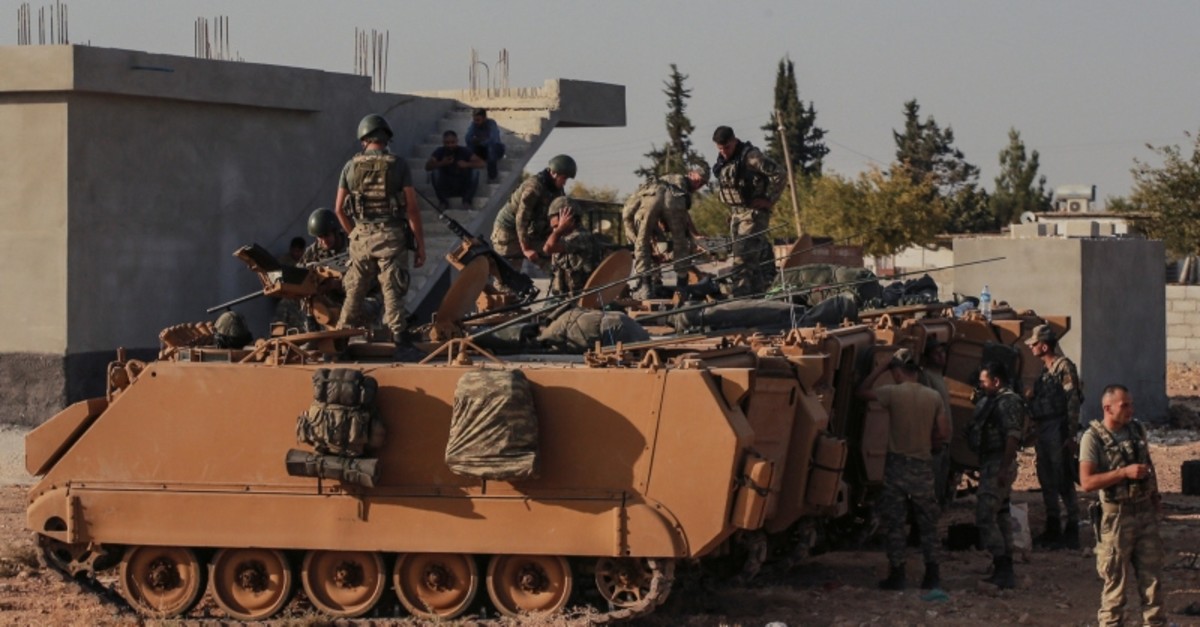 "Our Syrian brother, whose car was seized by YPG terrorists in Ras al-Ayn and rigged with explosives, notified our soldiers of the situation at the first opportunity. Another catastrophe was averted by Turkish METI teams (mine/IED detection & disposal), who detonated the vehicle in a controlled manner," the ministry said on Twitter about the incident that occurred within the area of Turkey's anti-terrorism mission, Operation Peace Spring.

The ministry also released a video showing a man explaining how the terrorists loaded his car with explosives.

"The terrorists accused me of being a human trafficker," he said, adding that they took and held him in a school, imprisoning him for two days.

The terrorists later released him and returned his vehicle and documents, he added.

Describing how Turkish soldiers "instantly" responded when he called them, the man said they searched "all over the vehicle."

"They found a bomb in the fuel tank and the ceiling of the car," he said, adding that the Turkish soldiers remotely detonated his car from a safe distance.

"They thanked me. They said thank God you notified us before anyone was harmed."

He also thanked the Turkish military and soldiers.

On Oct. 22, Ankara and Moscow reached a deal under which YPG terrorists would pull back 30 kilometers south of Turkey's border with Syria, and security forces from Turkey and Russia would mount joint patrols there.

In its more than 30-year terror campaign against Turkey, the PKK – listed as a terrorist organization by Turkey, the U.S. and EU – has been responsible for the deaths of 40,000 people, including women and children. The YPG is the PKK's Syrian offshoot.