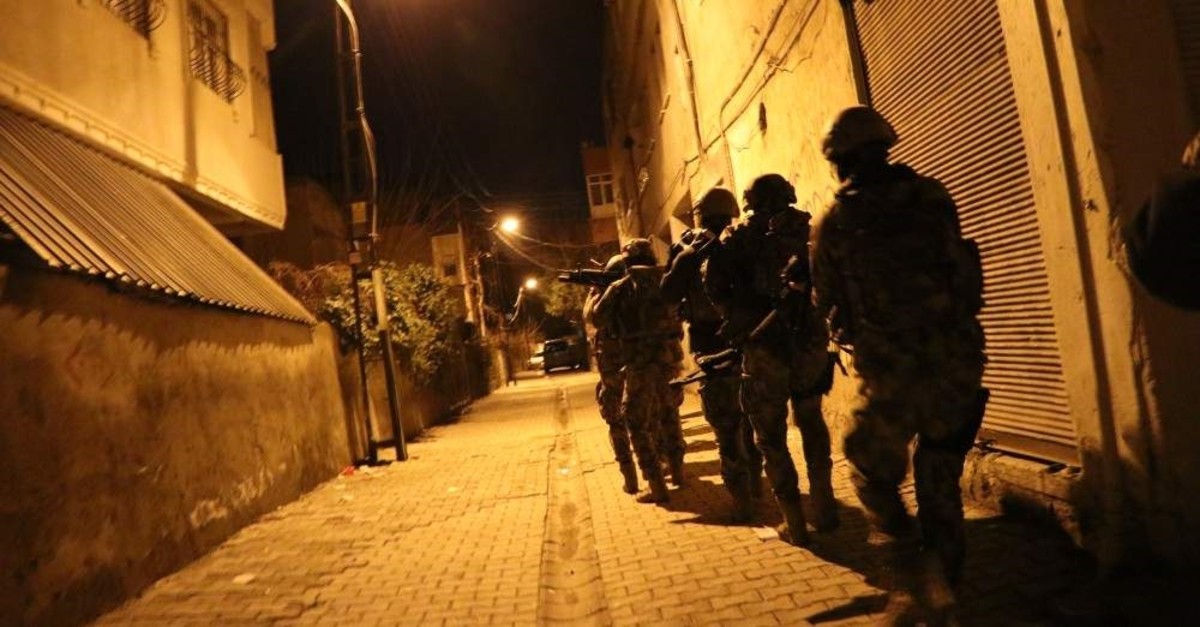 Seventy-two members of the PKK terrorist organization and its Syrian offshoot, the YPG, were eliminated by security forces in nationwide and cross-border operations in December, according to data compiled by Anadolu Agency (AA). Among these are two high-ranking terrorist members who were included on the Interior Ministry's most wanted list.

The operations being conducted by the Turkish Armed Forces (TSK), police and gendarmerie forces, and the National Intelligence Agency (MİT) continue with the same determination.

Security forces detained 162 suspects, including former mayors of the pro-PKK Peoples' Democratic Party (HDP), during operations carried out against the PKK's urban and youth operations in various provinces. Of these suspects, 99 were charged.

Five security officials lost their lives during these operations last month while another nine soldiers were wounded.

An alleged high-level member of the terrorist organization, Yücel Kandemir, code-named "Alişer," was killed on Dec. 6 during an operation in Ağrı province. Kandemir was determined to be one of the perpetrators of the killing of Erzurum province's Karayazı municipal council member Savcı Küçük and his nephew.

Another high-ranking member, Erdal Tekay, code-named "Zinar Amed," was eliminated in Muş province during an operation conducted on Dec. 7-8. Tekay was listed in the gray category with a bounty of TL 300,000.

Turkish security forces regularly conduct counterterrorism operations in the eastern and southeastern provinces of Turkey where the PKK has attempted to establish a strong presence and bases. The TSK also carries out cross-border operations in northern Iraq, a region where PKK terrorists have hideouts and bases from which to carry out attacks on Turkey. The operations intensified after July 2018 and became routine after the beginning of another extensive campaign, Operation Claw, which was launched May 27 to entirely eliminate the presence of the terrorist organization in northern Iraq.

Addressing the members of Parliament's planning and budget commission in the capital Ankara in November, Interior Minister Süleyman Soylu announced that the terrorist group's recruitment figures have significantly dropped over the past five years.