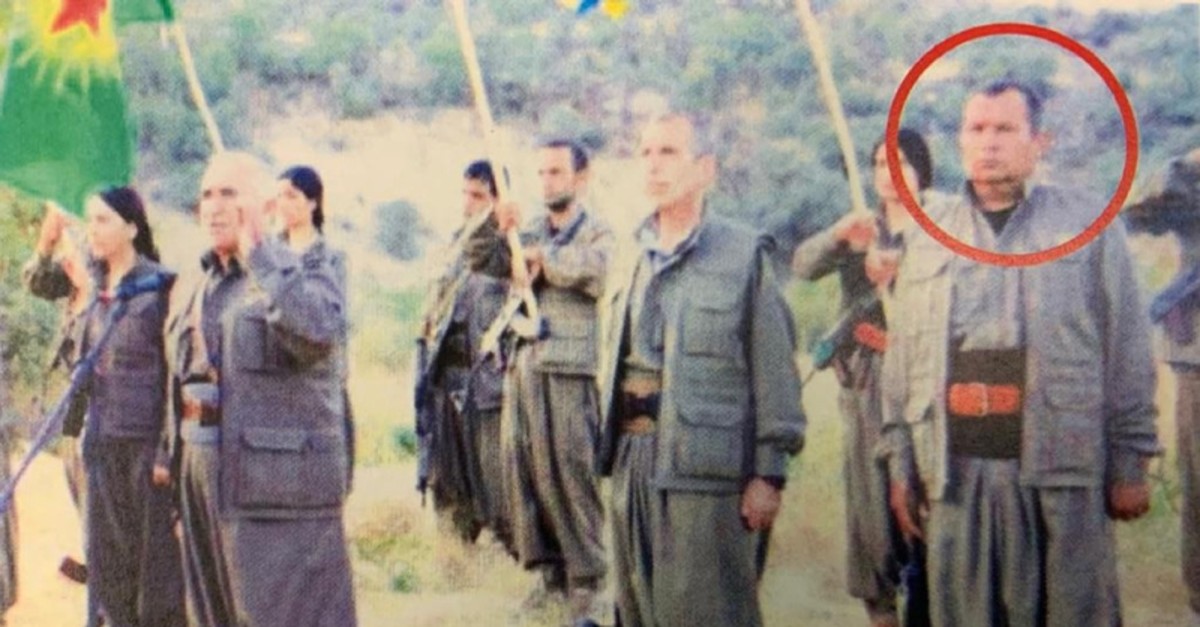 Arslan was determined to be the cousin of jailed PKK terrorist group leader Abdullah Öcalan.

According to security sources, the terrorist was eliminated in an operation in northern Iraq's Sinjar district in the first week of November 2019.

Arslan, code-named "Koçer," is one of the high-ranking leaders of the terrorist organization, listed in the red category of the Interior Ministry's most-wanted list with a bounty on his head.

The list is divided into five color-coded categories, with red as the most wanted, followed by blue, green, orange and gray.

Arslan joined the terrorist organization in 1994 and worked under Duran Kalkan, code-named "Abbas," from 2004 to 2007. It was determined that he was responsible for the Gare Camp in northern Iraq in 2007 and gave several orders for attacks on Turkey.

The terrorist was responsible for the PKK Syrian offshoot YPG's intelligence in 2012 and started as an alleged commander in northern Syria's Karachok region in 2015. Arslan was discovered to have been wounded during Turkey's airstrikes on Karachok in 2017.

Turkish security forces regularly conduct counterterrorism operations in the eastern and southeastern provinces of Turkey, where the PKK has attempted to establish a strong presence and base. The Turkish Armed Forces (TSK) also carry out cross-border operations in northern Iraq where PKK terrorists have hideouts and bases that they use to carry out attacks on Turkey.

In December 2019, a total of 211 terrorists, including three from the country's most wanted list, were killed in anti-terror operations by security forces.

Öcalan, 70, who founded the PKK in 1978, was captured in 1999 and sentenced to death due to his role in the terrorist group's decades-long campaign against the Turkish state, which led to the deaths of more than 40,000 people.