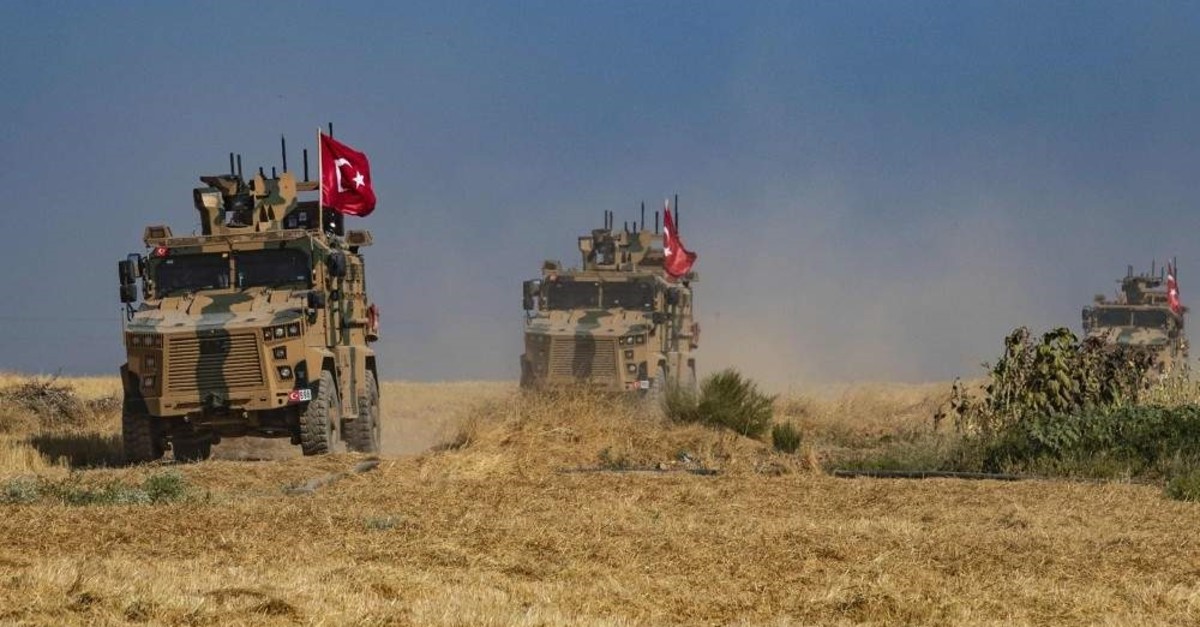 Turkish military vehicles, part of a US military convoy, take part in joint patrol in the Syrian village of al-Hashisha on the outskirts of Tal Abyad town on Oct.4, 2019 (AFP Photo)
by Anadolu Agency Jan 08, 2020 11:30 pm
Turkey's Defense Ministry on Wednesday announced that four Turkish soldiers were killed in a bomb attack by the YPG terrorists in Syria.

The soldiers were killed by a vehicle bomb attack during a road control in the Operation Peace Spring zone, the statement said.

Since 2016, Turkey has launched a trio of successful anti-terrorist operations across its border into northern Syria to prevent the formation of a terrorist corridor there: Operations Euphrates Shield (2016), Olive Branch (2018), and Peace Spring (October 2019).

On Oct. 22, Ankara and Moscow reached a deal under which YPG/PKK terrorists would pull back 30 kilometers (18.6 miles) south of Turkey's border with Syria, and security forces from Turkey and Russia would mount joint patrols there.

In its more than 30-year terror campaign against Turkey, the PKK -- listed as a terrorist organization by Turkey, the U.S. and EU -- has been responsible for the deaths of 40,000 people, including women, children, and infants. The YPG is the PKK's Syrian offshoot.
RELATED TOPICS