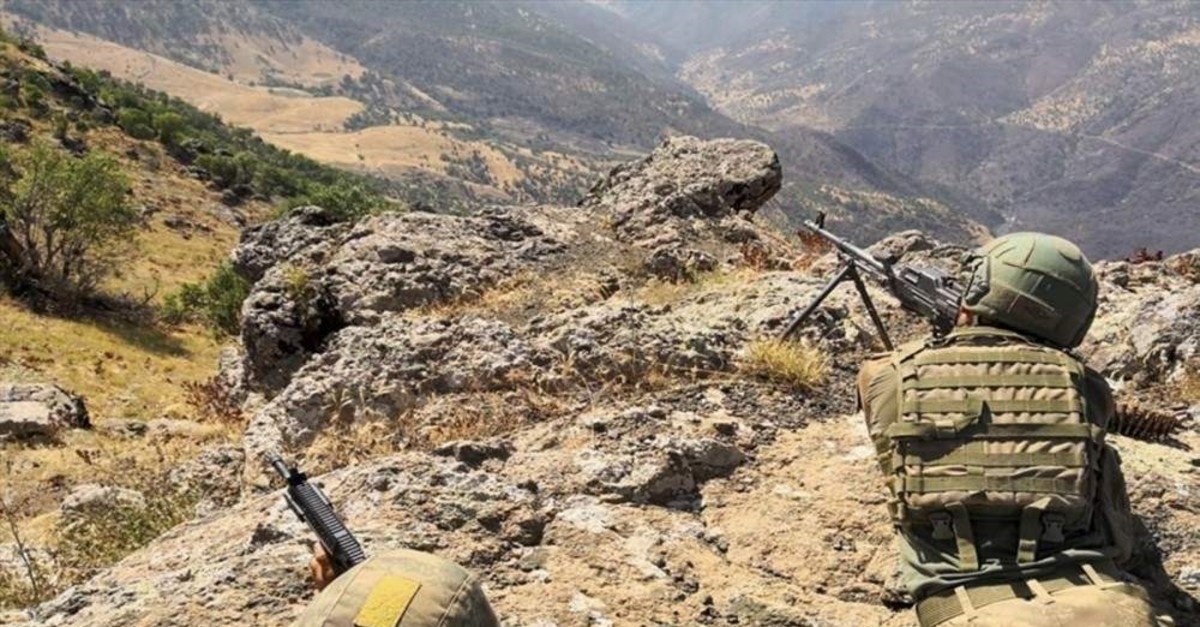 Turkish security forces conduct cross-border operations in northern Iraq, a region where PKK terrorists have hideouts and bases from which they carry out attacks on Turkey. (AA)
by Daily Sabah with AA Jan 08, 2020 2:20 pm

A senior PKK terrorist in charge of the group's women's branch was killed on the Qandil Mountains in a joint military operation conducted by the Turkish Armed Forces (TSK) and the National Intelligence Organization (MİT).

Esme Erat, code-named "Delal Nurhak," and her driver, code-named "Zilan Kobani," were killed in September in a military operation targeting the group's headquarters in Qandil, according to reports on Wednesday.

Turkish security forces regularly conduct counterterrorism operations in the eastern and southeastern provinces of Turkey where the PKK has attempted to establish a strong presence and bases. The TSK also conducts cross-border operations in northern Iraq, a region where PKK terrorists have hideouts and bases from which they carry out attacks on Turkey. The operations intensified after July 2018 and became routine since the beginning of another extensive campaign, Operation Claw, which was launched on May 27 to entirely eliminate the presence of the terrorist organization in northern Iraq. On July 13, the TSK launched Operation Claw-2 as a follow up to the successful Claw-1.

Operation Claw-3 was initiated on Aug. 23 in the Sinat-Haftanin region in northern Iraq. The operation was launched to facilitate border security, eliminate the presence of terrorists, and destroy terrorist caves and shelters in the region.

Meanwhile, a YPG/PKK terrorist surrendered to security forces in southeastern Turkey, according to a security source on Wednesday.

The terrorist, who fled the PKK's shelter areas in Syria, surrendered in Turkey's Siirt province, said the source, who asked not to be named due to restrictions on speaking to the media.

In its more than 30-year terror campaign against Turkey, the PKK – listed as a terrorist organization by Turkey, the U.S. and EU – has been responsible for the deaths of nearly 40,000 people, including women, children and infants.