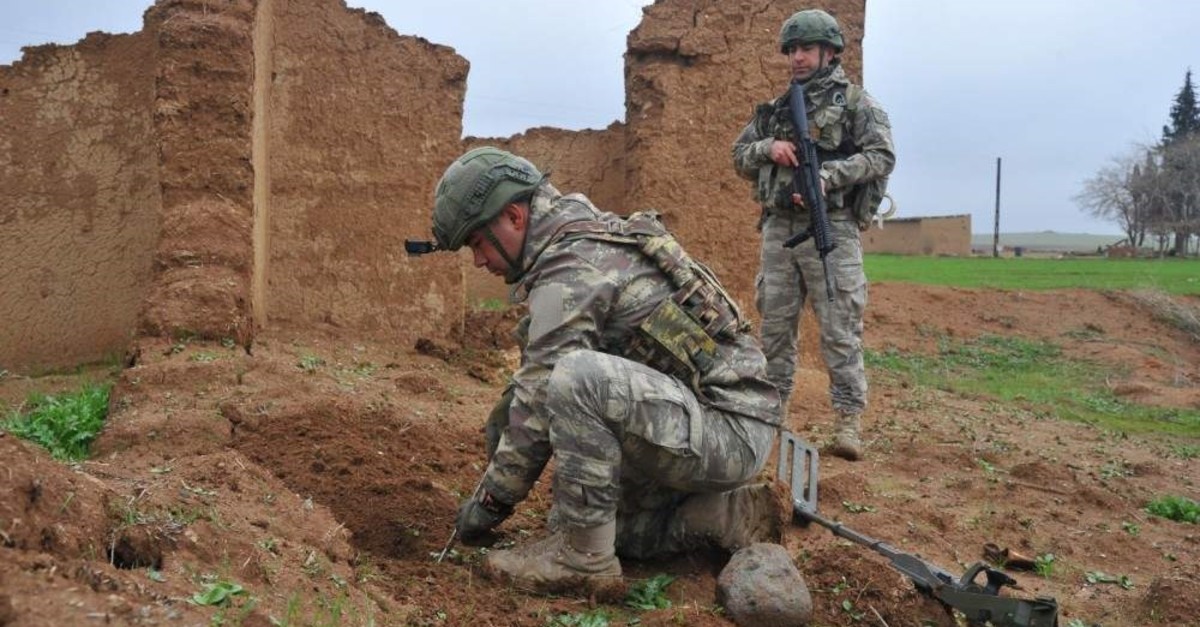 "Our commandos meticulously continue clearing mine/IEDs booby-trapped by PKK/YPG terrorists which pose a great danger to soldiers and civilians in the Operation Peace Spring area. Until now, 1,660 IEDs and 891 mines have been identified and disposed of in a controlled manner," the Defense Ministry said Thursday on Twitter.

Ankara wants YPG/PKK terrorists to withdraw from the region so a safe zone can be created to pave the way for the safe return of some two million refugees.

Turkey launched Operation Peace Spring, the third in a series of cross-border anti-terror operations in northern Syria targeting terrorists affiliated with Daesh and the PKK's Syrian offshoot YPG, on Oct. 9.

On Oct. 22, Ankara and Moscow reached a deal under which YPG/PKK terrorists would pull back 30 kilometers (18.6 miles) south of Turkey's border with Syria, and security forces from Turkey and Russia would mount joint patrols there.

Since 2016, Turkey's Euphrates Shield and Olive Branch operations in northwestern Syria have liberated the region from YPG/PKK and Daesh terrorists, making it possible for nearly 400,000 Syrians who fled the violence to return home.
RELATED TOPICS