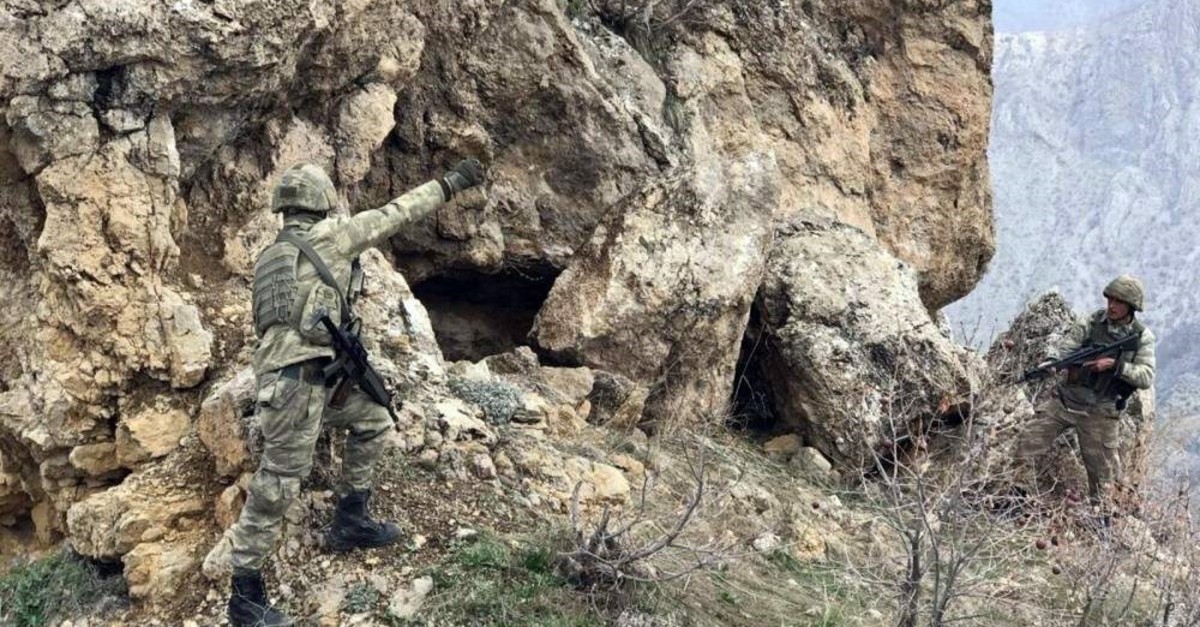 Turkish security forces regularly conduct counterterrorism operations in the eastern and southeastern provinces of Turkey, where the PKK has attempted to establish a strong presence. The Turkish Armed Forces (TSK) also carries out cross-border operations in northern Iraq where PKK terrorists have hideouts and bases they often use as a springboard to carry out attacks on Turkey.

Thanks to these operations, many terrorists have since surrendered to Turkish security forces.

The number of terrorists surrendering to forces reached eight in the first week of 2020, the ministry said.

Turkish counterterrorism operations intensified after July 2018 and have become routine since the beginning of another extensive campaign, Operation Claw, which was launched on May 27 to entirely eliminate the presence of the terrorist organization in northern Iraq.

The number of terrorists in the country has declined to nearly 500 for the first time due to effective anti-terror operations and strategies, the Interior Ministry announced last month.

Underling Turkey's important gains in its war on terror over the last three years, the ministry noted that more than 1,100 terrorists had surrendered on their own over this period.

In its more than 30-year terror campaign against Turkey, the PKK, listed as a terrorist organization by Turkey, the U.S. and the EU, has been responsible for the deaths of 40,000 people, including women, children and infants.